Money Printing Leads to Problems, So Let's Print More to Fix It

Mish Shedlock has been warning of coming deflationary economic collapse, as opposed to inflationary collapse, since at least the end of January.  I've always leaned toward an inflationary collapse because of the QE to infinity being pushed out by the Federal Reserve, European Central Bank, Bank of Japan, and - to be honest - every freaking central bank on earth.

But Mish is looking right, at least for now, as Reuters reports that lending is shutting down in the EU.


Lending to households and firms in the euro zone fell again in January and money supply growth remained subdued, adding to pressure on the European Central Bank to take action next week to support the economy.

The ECB has cut interest rates to a record low, pumped extra liquidity into the banking system and announced a fresh government bond purchase program, but the measures have so far not managed to unclog lending to the real economy.

Euro zone inflation is also running at only 0.8 percent - far below the ECB's target of just under 2 percent.

So despite creating trillions in new currency, in an attempt to whip up demand, lending is going down.  Of course the monetarists will say they need to create even more currency to get out of this, despite the utter failure of what they've done so far.  It's all they know.  Ambrose Evans-Pritchard, who occasionally writes some reasonable economics articles, is already advocating for more QE!

Pritchard clings to the centrally bad idea that falling consumer prices will cause consumers to perpetually delay purchases.

Those are relatively inelastic demands.

Earth to central bankers!  Earth to central bankers!!  If consumers are maxed out on their ability to pay back what they borrow, they won't borrow no matter how much money is put out in front of their faces, regardless if the interest rates are zero.  If folks can't afford to borrow, they won't.  If Janet Yellen got her wish of charging you interest to save, people would take their money out of the banks, and put the cash in their mattress or buried in the back yard.

I've said it a million times: inflation is good for banks but kills average people.  The central bankers have created all this money in order to inflate the stock and real estate markets, and they've succeeded at it.  Yet we've been living under this idea of "persistent benign inflation" for so long, people have come to expect it.  People expect their house to be worth more next year than this year, but why?  If anything, an older house should be worth less every year as more and more of it breaks or wears out and has to be replaced.  The only reason it should be worth more in a real marketplace is that demand increases, presumably because people favor where the house is built as a place to move to.  The only thing that makes it seem to be worth more is the same persistent inflation that has destroyed the savings of anyone able to put dollars away. 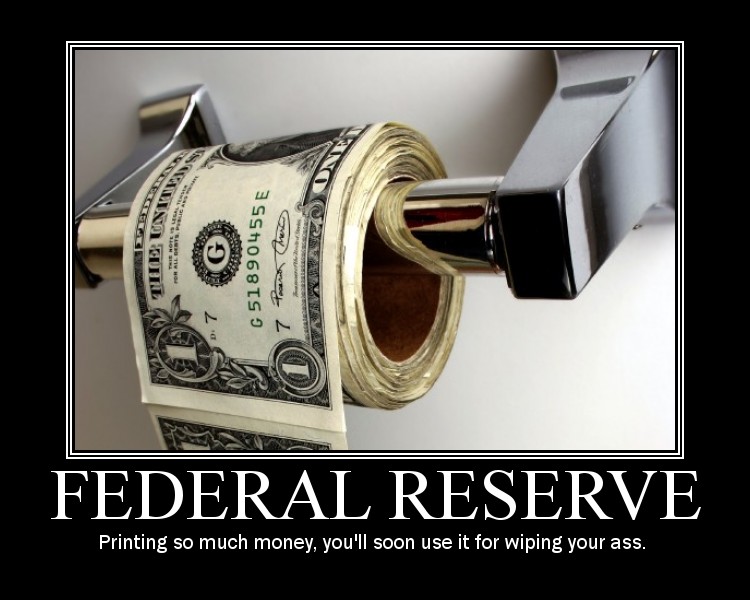