Lava Fountains Taller than the Statue of Libery

The Bardarbunga volcano made headlines about a month ago for starting to erupt under ice fields.  The website RUV notes that Bardarbunga has created a lava field 11-12 square kilometers in size, containing erupting fountains of lava which have been measured at 130 meters high - 427 feet high. The Statue of Liberty's torch is 305 feet above the ground. 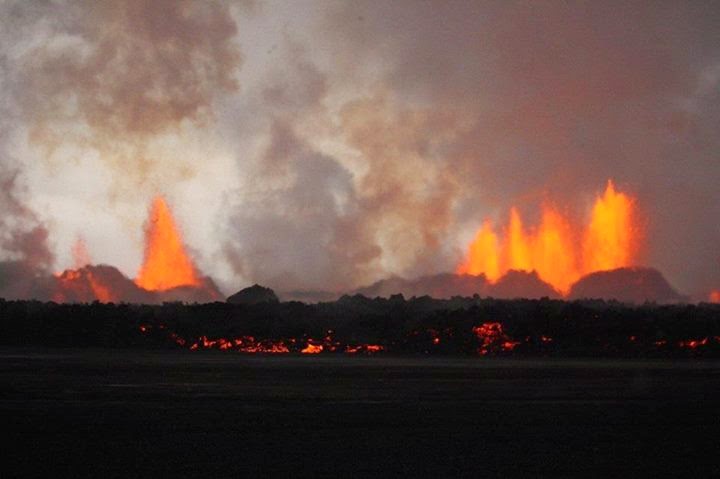 "We returned to the fissure early this morning and saw considerable volcanic activity at around 7 AM," says Dr. Hoskuldsson. He and other scientists spent the night at a mountain hut nearby, after an evacuation was ordered yesterday when volcanic tremor was detected in the area, leading to fears that a subglacial eruption was imminent. "The main craters are now very active and the lava fountains from them rise up to 120 - 130 meter height," he says.


At the moment this eruption alone is pouring out more SO2 than the whole world’s human production.

There are some reports that the Laki fissure eruptions of the 18th century had lava fountains over a kilometer high.


I'm impressed that one volcano gives off more sulfur dioxide than the entire human race.  So far, this is considered a small eruption.  But remember: your SUV, or the exhaust from your lawnmower, or from your outboard motor, are a threat to the planet.