Things I've Been Meaning to Get To

I missed the whole kerfuffle with Tam's blog, and being driven silent by some cretin.  By the time I got back from Israel, on 9/5, she had started posting again, albeit with comments shut down.  I also ran across some comments elsewhere that anyone trying to mess with Tam would score really poorly on the victim selection scale and very likely find themselves in an unanticipated dirt nap.  While that's good for a joke, I wouldn't wish a use of deadly force situation on anyone.

I'm pretty sure the first thing of Tam's I ever read was her piece on Kathy Jackson's "Cornered Cat", "The Day I Discovered That HCI Wants Me Dead" in which she recounts being in one of those situations.  Not fun.  Not a joking matter.  (As a side note, cops and Emergency Room workers have a notoriously rough sense of humor and make light of the most awful situations imaginable - like fighting to the death).

Anyway, I know you've dropped by on occasion, Tam.  If you see this, sorry you're having cretin troubles.  I appreciate the gun content you're posting and hope life gets back to "normal" ASAP.

Long time readers will know that my "Library Thing" bar on the lower right has several books in it from the low-carb viewpoint, and I have a pretty dim view of the current fad of "Wellness Programs".  I really think Gary Taubes' two books ("Why We Get Fat" and "Good Calories, Bad Calories") are two of the most important health and wellness books put together in the last century.

I think I've found another.  Death by Food Pyramid is a very impressive book by Denise Minger., hostess of the Raw Food SOS blog.  Denise is a young health writer who is known for a very thorough deconstruction of some very famous studies that get lots of press coverage: the China Study and "Forks, Not Knives".   One of the highest compliments I can pay someone is that they're a good, clear, thinker.  Denise is definitely one; she has good thought processes and they're very evident through the book.  She's also an engaging writer with a knack for providing the right amount of levity for this serious subject matter.

Denise's story starts with being a teenager who gets convinced she needs to be a vegetarian, which progresses to being only raw foods (or some other fad).  At 17, she goes to the dentist and after way too many disconcerting "hmm" sounds, heavy sighs, and pokes with pointy metal objects, finds she needs to have at least 17 teeth worked on - coming from never having had dental problems before she became a vegetarian.  In the space of one year.


I was seventeen. It’d been a full year since I’d become a strict, low-fat, fruit-noshing raw vegan — led there by a cocktail of food allergies and dewy-eyed trust in people from the internet (bad idea is bad). Perhaps too distracted by my constant brain fog, perpetual shivering, and the clumps of hair making a mass exodus from my scalp, I’d failed to notice the prime victim of my lopsided diet: my teeth. 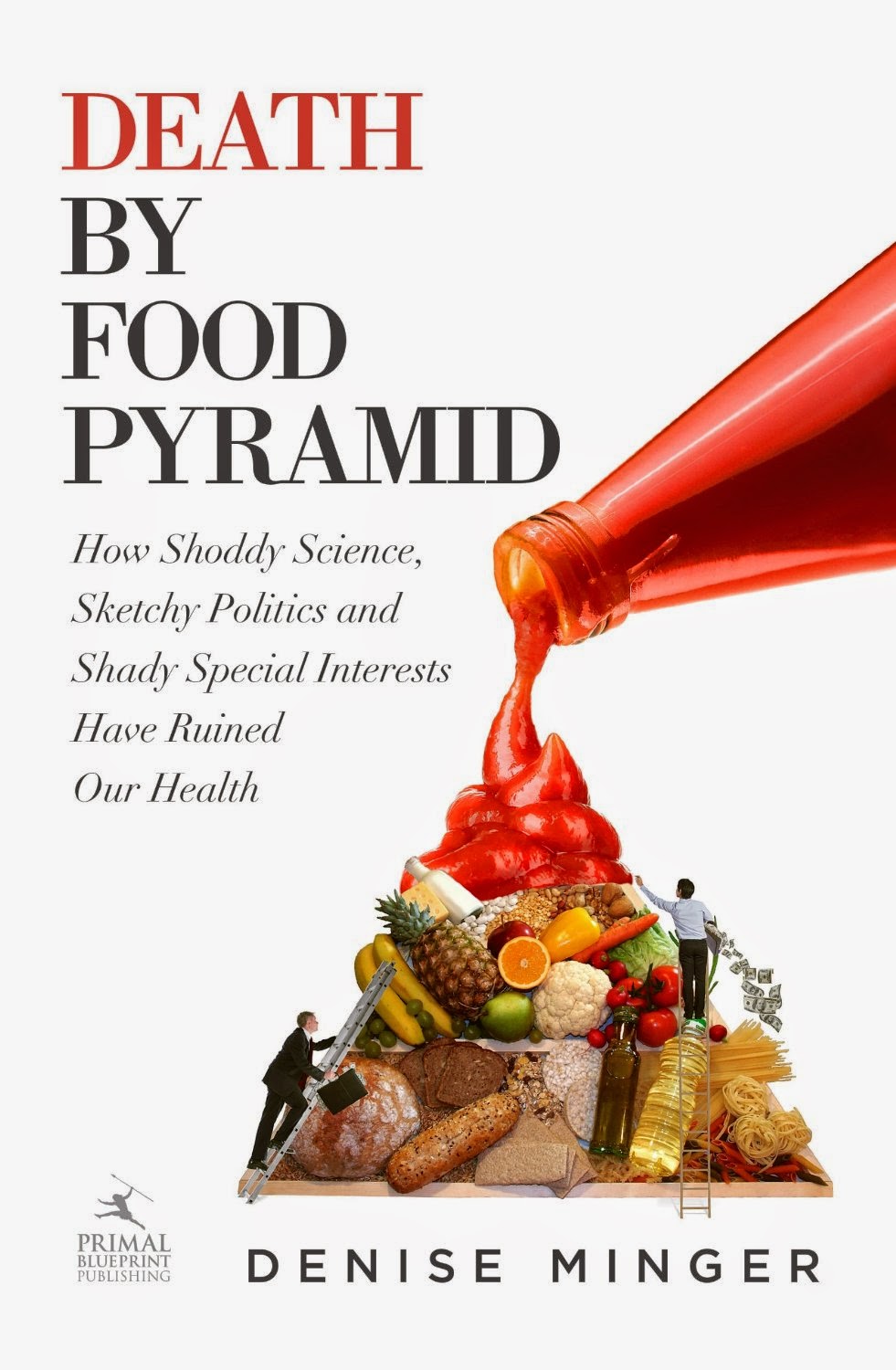 The book is divided into sections on the shady politics behind dietary recommendations, the slippery science, and concludes with some ideas for going forward.  The final section includes a fair amount of information on the role of ancestral diets and how, one by one, indigenous peoples were made sicker and sicker by switching to the abundant western staples of flour and sugar.  Gary Taubes spent quite a bit of time on this in "Good Calories, Bad Calories".

She asks a very reasonable question:  there are people who claim tremendous improvements in health from eating totally vegetarian and others who claim tremendous improvements in health by being meat-eating omnivores.  How can such opposites provide the same results?  Aside from the should-be-obvious conclusion that "one size never fits all", we have a tendency to focus on what people eat, or what they do, not on what they don't eat or don't do (those are admittedly infinite sets) and rarely on the environment they live in.  Perhaps what vegans and meat-eating "paleo" diet folks have in common is they both avoid heavily processed modern foods?  For another example, in those studies that gave rise to the "Mediterranean Diet" fad (as if there is one diet over the thousands of square miles of the region) they focus on the pasta and little amounts of meat; have they investigated minerals in the water or the soil?  What about the structures of their societies?  What if it has nothing to do with the baguettes, and everything to do with the amount of magnesium or some other mineral in their water?

It's not too much of a spoiler to say that the FDA food pyramid (currently called "My Plate") has the drawbacks of every other thing the Fed.gov does that's crawling with crony politics.  The famous "eat 30% of your calories from fat", and "limit your intake of red meat" have more to do with the grain and sugar lobbies than they do with hard science.

If you care about this subject, or are forced to care about it, read this. People without the intellectual flexibility to face their favorite ideas being threatened will have a hard time with it (you'll note the vitriol used against Denise in vegetarian forums).