Update to my post from a couple of weeks ago, I just pushed the button on the new mill for my shop. 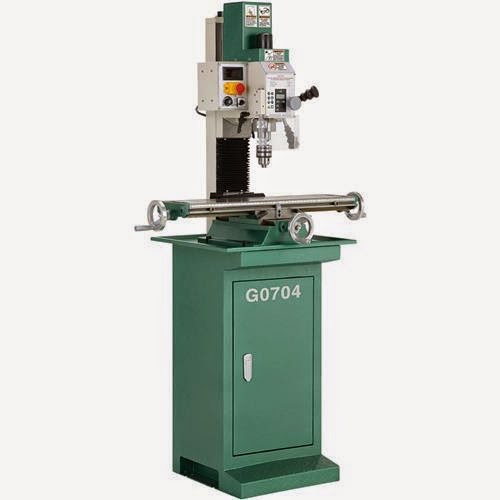 The Grizzly version of the BF20 mills sold a few places. These are built by Chinese company but not Seig, makers of the other mill I highlighted in that previous post.

There's a few reasons for this: the size and power put it right in the range I'm looking for, capable of taking relatively very heavy cuts (compared to what I'm used to).  I think an 80% lower will be a Saturday afternoon job instead of a spare time for a week or more, and it brings possibilities of lots of other gunsmithing adventures.  There's a lot of online support for it - this one is referred to often.

Obviously, it's not CNC ready, so there's that.  Frankly, I've never turned the cranks on a milling machine and I don't know how I'll do with that.   I definitely need to look into one of options for a DRO (Digital Read Out - a digital reading of position).  Yeah, Griz sells one outfitted with a DRO, but I've seen DROs made out of digital calipers.  For two of the axes, that should be reasonably cheap.

The adventure will begin in earnest next week at about this time, with a few hundred pounds of machine-tool kit in the shop.  Meanwhile, the next level of planning begins.  And this is totally ignoring the L-word: a tool room lathe.