What Caliber for Ebola?

A friend asked me if I'm worried about Ebola.  I think the answer is not so much worry as alertness.  Not worrying, just watching for developments.  I keep hearing the official line that it's difficult to spread and contact with body fluids is required, but I see a doctor who came down with it was treating maternity patients and supposedly not in contact with Ebola patients.  Maybe it's all stock photos, but the medical people all seem to be wearing gowns and gloves with the seams taped.  All good precautions.  A little Clorox sprayed on the outside of that gown and it should be keeping them safe - if it's spread by contact with fluids.

I've heard that the health systems in those countries are in bad shape due to the impact on medical practitioners.  Sending supplies is a great thing but it seems like the best people to send would be civil engineers and companies that can boot up infrastructure.

As for the Islamic State (btw, calling them ISIL - L is the Levant - expands their territory beyond what they have, basically giving them Cyprus, Israel, parts of Turkey and more), I don't see how you shut them down without people on the ground.  Of course I don't claim expertise in the military, but to my knowledge, to truly control territory you need ground troops.  I recently heard Jay Sekulow, author of the just-released "The Rise of ISIS" while on the new book tour describing a conference he attended about ISIS at Oxford last spring.  He said the Oxford professors, doctrinaire liberals who believe negotiation can solve virtually anything, viewed ISIS differently.  When asked how to handle them, the professor leading the conference said, "Crush them.  There is no alternative".

Tam linked to a Buzz Feed article "Inside the Chilling Online World of the Women of ISIS" yesterday, calling it "almost hypnotically appalling."  Reading it was like watching slow motion explosions, knowing that people were dying while you watched.  The casual way they approve of taking non-muslim women as sex slaves; the way they refer to "hand cuttings" as if someone were injected with Novocaine to have a mole removed - not having their hand cutoff with a scimitar; the disregard for killing the kuffar (non-Muslim) as if we're non-human; and their celebrating 9/11 ("Happy Boom Boom Day") all combined to make a horrific read.  One of these precious princesses posted a picture of the beheading of one of the American hostages and tweeted "If this doesn't bring a bit of comfort and ease to your heart then # Go Check Yourself "  (Hashtag deliberately scrambled - SiG)

While I'll be the first to admit that I don't think you end this problem with military means alone, "boots on the ground" seem to be a much more essential part of the solution for ISIS than Ebola.  I think if our Commander in Chief had followed the recommendations of the professionals who work for him, ISIS either wouldn't be a problem at all, or it would be a much smaller problem.

So now we're joining with the "Moderate rebels in Syria", whoever they are, to overthrow the Syrian government.  Some of those rebels just signed a non-aggression pact with ISIS.  And just who do you think takes over that government after that happens? 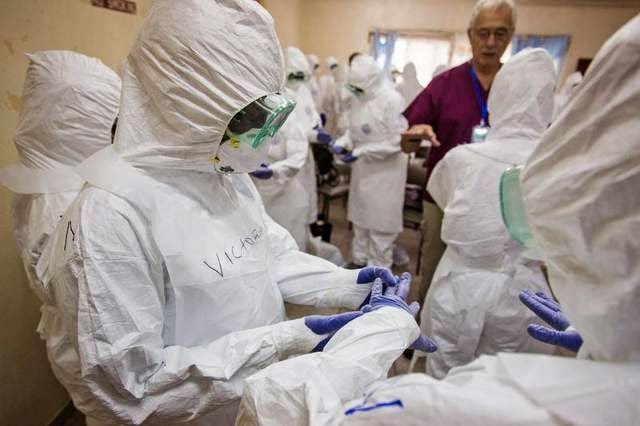