Speak For Yourself, Zeke

Rahm Emanuel's brother, Ezekiel, recently wrote that he hopes to die at 75.  Ezekiel, you might remember, was instrumental in the design of Obamacare.  He was an author of an influential paper (pdf) on the Whole Lives system, a model for allocating the scarce resources of health care.  It has been reported that his approach from that paper is how Obamacare is structured.  In this system, the "probability of receiving an intervention" (that is, your chance of being treated) is almost zero as new born or as a senior, but peaks for young adults, up to about age 55.  Not coincidentally, those are the ones who have the largest chance of contributing tax money for the longest time, paying for their own treatments.  As I wrote long ago (2010):


In this system, it's acceptable to let a 70 year old, die while giving care to a 25 year old, because their life is worth more to the collective - excuse me - worth more to society.  To paraphrase their quote, "it's not discrimination to deny care to the 70 year old and give it to the 25 year old.  Everyone who is now 70 was once 25 and the majority of those who are 25 now will be 70 some day".   In other words, "we can screw you now because we didn't screw you earlier; and if we're not screwing you now, wait until you're 70 and then you'll really be screwed."


The implications are obvious: if a twenty-something needs a liver or kidney transplant and a suitable donor person below 10 or over 50 (judging by Emanuel's chart) is available, these ethics standards say go ahead and kill the kid or kill the grandma and get the working "unit" back to work so "it" can make money and pay taxes to the mighty Fed.gov hydra.

Zeke is no longer in the policy-making position he was in during the design of the "Obamination"; he's now the director of the Clinical Bioethics Department at the U.S. National Institutes of Health.  In other words, he's still sucking on the government teat, but he apparently is no longer in a position where he can force these ideas on the rest of us - although that die has probably already been cast.

Zeke says he's not actively planning on offing himself, he's just going to stop taking care of himself.


This means colonoscopies and other cancer-screening tests are out—and before 75. If I were diagnosed with cancer now, at 57, I would probably be treated, unless the prognosis was very poor. But 65 will be my last colonoscopy. No screening for prostate cancer at any age. (When a urologist gave me a PSA test even after I said I wasn’t interested and called me with the results, I hung up before he could tell me. He ordered the test for himself, I told him, not for me.) After 75, if I develop cancer, I will refuse treatment. Similarly, no cardiac stress test. No pacemaker and certainly no implantable defibrillator. No heart-valve replacement or bypass surgery. If I develop emphysema or some similar disease that involves frequent exacerbations that would, normally, land me in the hospital, I will accept treatment to ameliorate the discomfort caused by the feeling of suffocation, but will refuse to be hauled off.

It's actually a pretty interesting piece, if you read it as a physician's view of his own situation and not as a government plan for what it's going to do to you.  He raises some interesting and valid points; the main point revolves around not wanting to be a burden to his children, and not wanting to watch himself go through the decay that comes with age.  That we're living longer, but living with more impairments and disabilities.  Some of it strikes me as insightful; real truths.  Other parts of it strike me as neurotic.  He includes this graphic, which I think he finds scary: 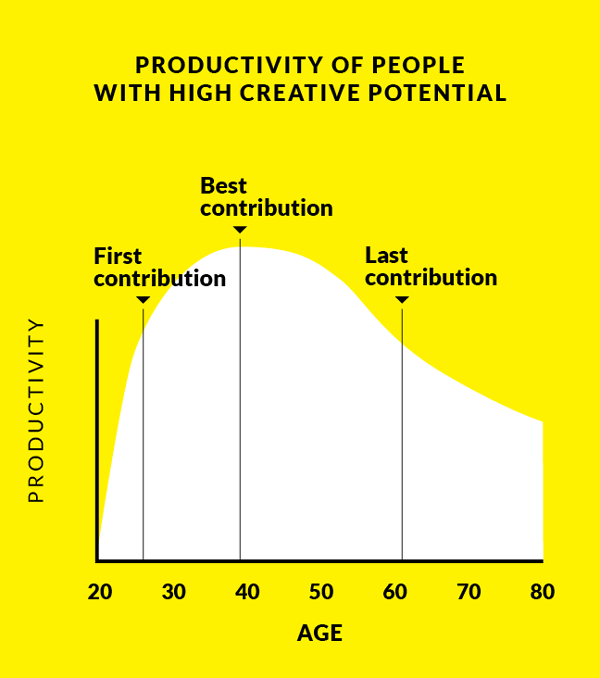 I think he's afraid of not being considered a great contributor in his field any longer.  He speaks of mentoring. I think about this subject a lot because it's one of my main tasks these days.


Mentorship is hugely important. It lets us transmit our collective memory and draw on the wisdom of elders. It is too often undervalued, dismissed as a way to occupy seniors who refuse to retire and who keep repeating the same stories. But it also illuminates a key issue with aging: the constricting of our ambitions and expectations.

His concern with being a burden to his children, and making sure they have pleasant memories shines through like a searchlight:


But here is a simple truth that many of us seem to resist: living too long is also a loss. It renders many of us, if not disabled, then faltering and declining, a state that may not be worse than death but is nonetheless deprived. It robs us of our creativity and ability to contribute to work, society, the world. It transforms how people experience us, relate to us, and, most important, remember us. We are no longer remembered as vibrant and engaged but as feeble, ineffectual, even pathetic.
...
The situation becomes of even greater concern when we confront the most dreadful of all possibilities: living with dementia and other acquired mental disabilities. Right now approximately 5 million Americans over 65 have Alzheimer’s; one in three Americans 85 and older has Alzheimer’s. And the prospect of that changing in the next few decades is not good. Numerous recent trials of drugs that were supposed to stall Alzheimer’s—much less reverse or prevent it—have failed so miserably that researchers are rethinking the whole disease paradigm that informed much of the research over the past few decades.
...
How do we want to be remembered by our children and grandchildren? We wish our children to remember us in our prime. Active, vigorous, engaged, animated, astute, enthusiastic, funny, warm, loving. Not stooped and sluggish, forgetful and repetitive, constantly asking “What did she say?” We want to be remembered as independent, not experienced as burdens.

At age 75 we reach that unique, albeit somewhat arbitrarily chosen, moment when we have lived a rich and complete life, and have hopefully imparted the right memories to our children. Living the American immortal’s dream dramatically increases the chances that we will not get our wish—that memories of vitality will be crowded out by the agonies of decline. Yes, with effort our children will be able to recall that great family vacation, that funny scene at Thanksgiving, that embarrassing faux pas at a wedding. But the most-recent years—the years with progressing disabilities and the need to make caregiving arrangements—will inevitably become the predominant and salient memories. The old joys have to be actively conjured up.

The thing is, this all strikes me as egotism.  Rather than concern for his children and grandchildren, it seems more like he doesn't want them to think any less of him.  I truly understand not wanting to be a burden to my kids, but I don't think less of my mom because we had to spend a lot of time and effort last year trying to care for her.  I don't have fewer good memories and I don't have to "actively conjure" them up.  I have all the good old memories and some more.  So they're not the most wonderful of times; so what?  That's the nature of life.  I don't resent her in any way and don't regret the time I spent with her when she was hospitalized.  If anything I regret I not being able to do more for her.  I think if Zeke's kids resent him, he was crappy father.  They're too shallow and need to develop some character.

Go give it a read.