This is my last day off from work.  Back to the grind tomorrow.  The comments to my previous post about our trip pointed me in the direction of adding a little more detail.

When you see a photo of Jerusalem, there's an obvious structure that seems to draw your attention: the large golden dome near the center of this picture, the Dome of the Rock, a Muslim shrine. 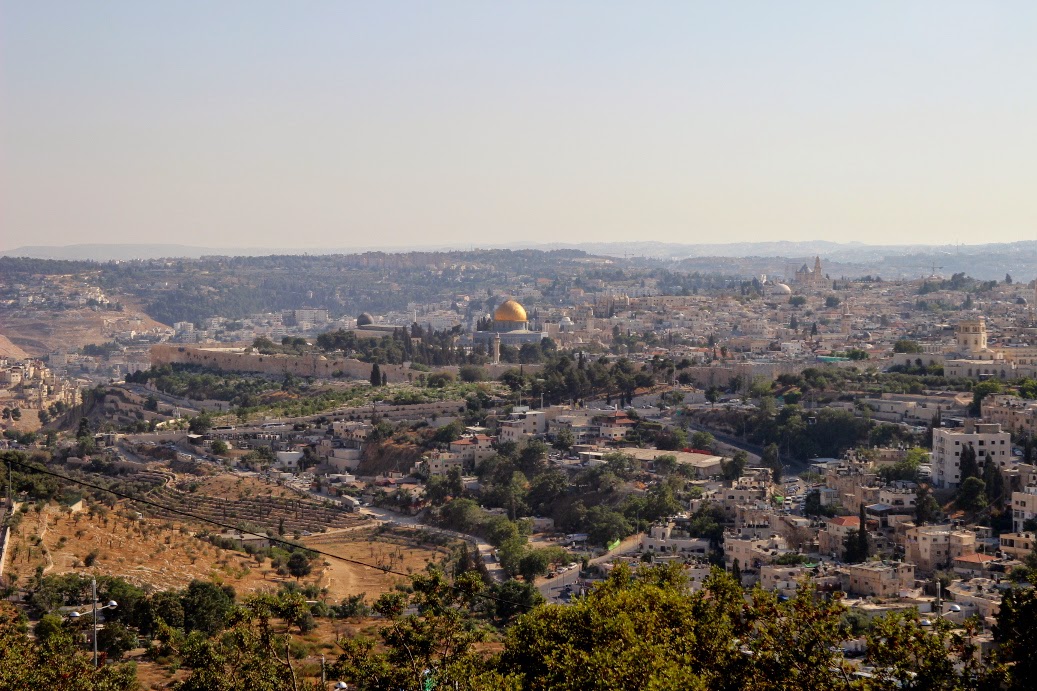 This is a holy site to Muslims; we were close to the building, but didn't go inside.  There are a few stories about why it's there, but most seem agree there is a rock inside that is supposed to be the "far place" where Mohammed ascended into heaven.  It was built around 690 AD, almost 60 years after Mohammed's death.

The last Jewish Temple that was on top of that built up structure was destroyed by the Romans in 70AD when they put down a Jewish rebellion and attempted to eradicate the Jews.  Our tour guide said the Romans changed the name of the area to reflect the tribe that the Jews were at war with the most often, the Philistines.  Sort of "adding insult to injury".  The Romans called the area Palestine, and that appears to be the first use of that name.  Most people who know of this area will tell you that the Dome of the Rock was built where the second Temple used to be, indeed these folks say the rock it contains is the Jewish Holy of Holies from the Temple but that claim is in dispute.  There's a group of serious scholars who say that the Dome was built too far to the south.  This has led to speculation that a third temple could be built on the old location, over Mt. Moriah, next to the Dome of the Rock and still be in the right place.  Nobody believes the Muslims would ever accept that.  As commenter Reg T suggested, the  Muslims are busy destroying as much Jewish history and as many archaeological artifacts as they can, just as the Taliban destroyed the Buddhist statues in Afghanistan.

It has become a common negotiation of the Palestinians to deny there were ever Jewish temples on the Temple Mount; a movement called temple denial.  Ambassador Dore Gold tells of Yassar Arafat declaring there was never any temple there during the peace talks led by Bill Clinton.  Bubba, to my surprise, told Arafat that he was imposing on his (Clinton's) Christian theology and dismissed Arafat.

There is a serious movement to be prepared to build a third temple up on Mt. Moriah at a moment's notice.  The  Temple Institute is the driving force behind this.

During our visit to the area around the Dome of the Rock, we had the chance to observe daily life.  While the Muslims left us Americans alone, when a small group of Israeli Jews tried to access the top of the building, they were shouted down by vocal "Allah Akbar" chants and then physically blocked by standing in their way.  It was ugly.  A similar thing happened inside the old city of Jerusalem, in the Muslim quarter.

As we walked past the side of the Dome, our guides pointed out this pattern in the marble on the walls near the south-facing door (I think!). 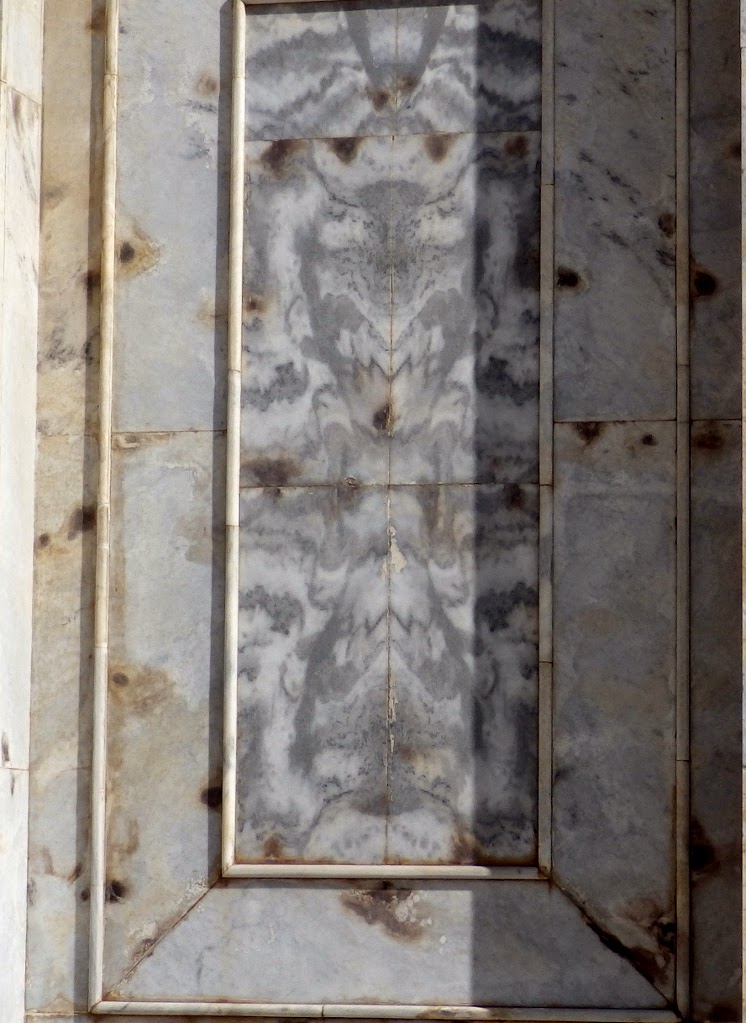 It doesn't take much imagination to see an unpleasant image in the marble. I brought up the contrast a little; my intent was to make the picture "snap" a bit more.  Aside from that, it's just what the marble looked like.

Finally, I mentioned the superior stone work of the Roman builders.  This is the seam between two blocks of limestone that must weigh a ton or two each.  I don't think you could put a business card in that seam.  No grout or mortar or anything in there. 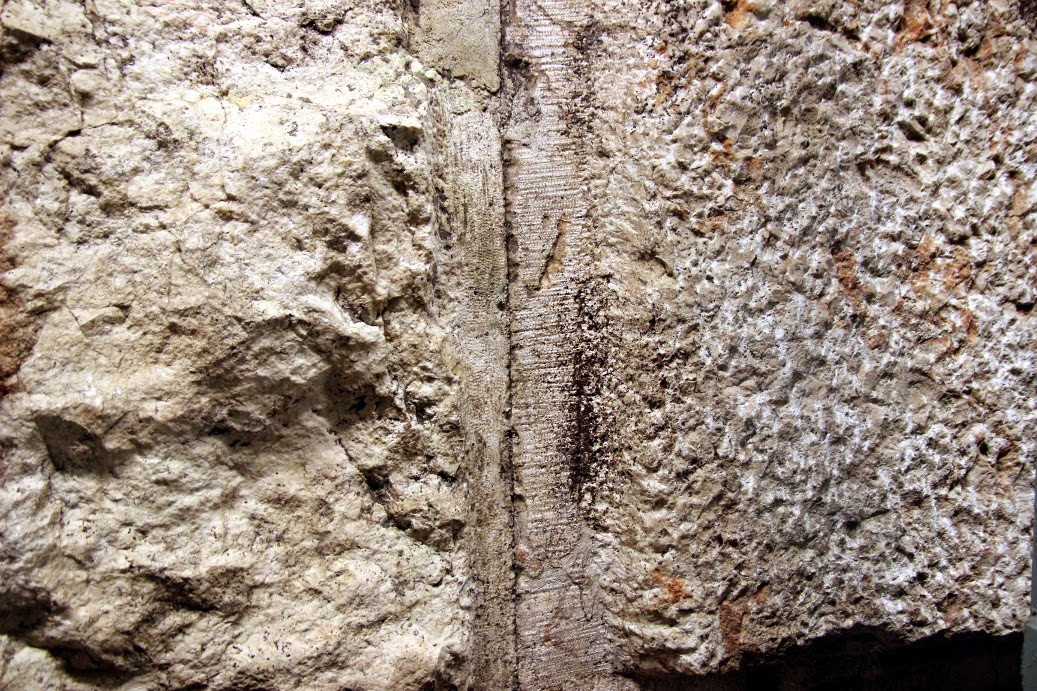