New Rocket Company Aiming for a Holy Grail of Spaceflight

A Washington State company that had been working under the radar and in relative anonymity has decided to go public and announce they're working in pursuit of one of the holy grails of spaceflight: a Single Stage To Orbit (SSTO) space plane. 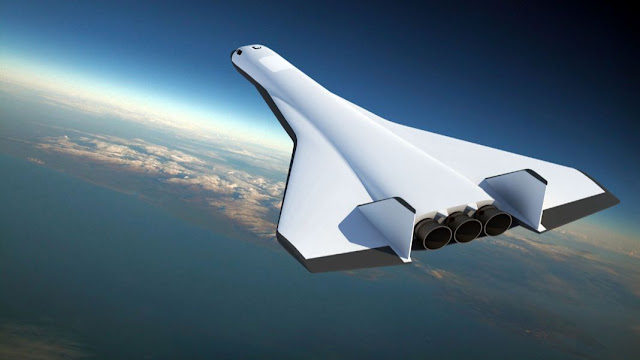 Radian Aerospace said it is deep into the design of an airplane-like vehicle that could take off from a runway, ignite its rocket engines, spend time in orbit, and then return to Earth and land on a runway.

"We all understand how difficult this is," said Livingston Holder, Radian’s co-founder, chief technology officer, and former head of the Future Space Transportation and X-33 program at Boeing.

If the X-33 program isn't familiar to you, that was a NASA program in the late 1990s that was short lived and never actually flew.  It was envisioned to take off "like a rocket" and land like an airplane, a big difference from Radian's goal.  The X-33 seemed to conceptually be a child of the McDonnell Douglass DC-X, or Delta Clipper- Experimental, a vehicle that achieved flight a few times between 1993 and 1996.  What flew was a 1/3 size scale model and didn't fly to orbit, but did launch, translate (move sideways) and land under power, said to be the first rocket ever to achieve that goal.  Today, the DC-X is referred to as The Rocket That Beat SpaceX by 20 Years - at least there at Amusing Planet.

Radian's announcement came as the company revealed they had just secured $27.5 million in funding to help them get started, but that won't get anything flying.  Ars Technica reports the company has raised $32 million but didn't specifically say "not including this $27.5" so I'm going to assume it does include it.  The company has 18 employees is Renton, WA.

During an interview with Ars, Holder and Radian CEO Richard Humphrey explained that they realized it would require significantly more funding to build such an ambitious orbital space plane. Funding will pace their development efforts. For that reason, Humphrey said he was not comfortable putting a date on the company's first test flights but said that Radian was aiming to have an operational capability well before the end of the 2020s.

The current design of Radian One calls for taking up to five people and 5,000 pounds of cargo into orbit. The vehicle would have a down-mass capability of about 10,000 pounds and be powered by three liquid-fueled engines. The idea would be to get as close to airline operations as possible, by flying, landing, re-fueling, and flying again.

It's almost a cliche to say "space is hard" or "orbit is hard."  Neither of those adequately addresses how much harder SSTO is.  The "three liquid-fueled engines" they mention in that second paragraph are reported to exist and I assume that's as at least one full scale prototype, which is claimed to produce 200,000 pounds of thrust.  By comparison, SpaceX's Raptor 2 engine seems to be emerging into production at closer to 500,000 lbs of thrust.  We have heard of individual engines producing 540,000 lbs of thrust during tests.

The question has come up of whether Starship and its six Raptor engines could achieve orbit without the Super Heavy booster several times on the Lab Padre comment sections.  It has been said the answer is "just barely" but not with enough cargo capability to be worthwhile (and I read "profitable" for that word).

The article at Ars is worth reading.  All of the principal people at Radian say they understand the difficulties of the road ahead and the backgrounds they list add some believability to the claim.  As I was saying before, the $32 million they've raised so far isn't going to fund a program this ambitious until "well before the end of the 2020s."  I doubt that's a tenth of what they'll need; multiply that $32 million by 30 or more.  Final words to Eric Berger at Ars Technica.

"A long time has passed since the last true attempt at this," Holder said. "The technology has moved forward, and people are willing to fund projects like this."

If Radian can succeed technologically, large markets would likely open. A vehicle like Radian One would be well suited to fly people to commercial space stations in low Earth orbit, which NASA seeks to foster development of by 2030. These planes could also perform Earth observation work and play a role in bringing back space-manufactured goods. There is also the potential for point-to-point travel on Earth.