The reaction to the US Fed.gov raid on the Gibson factory has been widespread, even being picked up by Fox News - I saw it on the ticker along the bottom of the screen during the Irene-athon.  It has resonated with a lot of people concerned about the emerging police state and reinforces those views.  It was even picked up by groups not concerned with guitars, like The Truth About Cars, because the same "crimes" Gibson is being harassed about can apply to cars, too:


Here’s an example. Let’s say you are driving a Bentley Flying Spur with a rosewood interior. Importation of Brazilian rosewood is a felony under the Lacey Act. Do you know where the rosewood in your Spur came from? Can you prove it? In Gibson’s case, it was Indian rosewood that supposedly caused the bust; although the importation of Indian rosewood is legal, it has to be finished and prepared to certain standards in India. If raw Indian rosewood is sent to Bentley for finishing into dashboards — and make no mistake, that is how it is done — it may not break any British laws, but it breaks an American one, and you are now a convicted felon for visiting the Canadian side of Niagara Falls and coming back.

BS Footprint, commented that (perhaps) "A jealous competitor dropped a dime on them."  That's looking like a possibility, but it's just as likely that Gibson is being pursued because of Chicago-style politics as bloodsport.  Doug Ross has a long column today pointing out that Gibson's CEO donates to GOP candidates, while one of their chief competitors (at least, in acoustic guitars) contributes to Democratic candidates.  It's entirely possible this was started by Martin calling in a tip to DOJ, but it's just as possible (IMO) that the DOJ is running on its own.


One of Gibson’s leading competitors is C.F. Martin & Company. The C.E.O., Chris Martin IV, is a long-time Democratic supporter, with $35,400 in contributions to Democratic candidates and the DNC over the past couple of election cycles. According to C.F. Martin’s catalog, several of their guitars contain “East Indian Rosewood.” In case you were wondering, that is the exact same wood in at least ten of Gibson’s guitars.


The fact that the government would issue warrants based on their interpretation of another country’s laws is laughable–and scary–in and of itself, but that they would demonize an American, non-unionized (coincidentally, I’m sure) company for something that isn’t even a crime (especially not in the American lawbooks) is a gross misjustice. Keep in mind that the Indian government itself wasn’t involved in the Gibson warrants and raid. [emphasis added - GB]

Gateway Pundit runs with another story that centers the similarity with the NLRB prosecuting Boeing for opening a factory in South Carolina:


Gibson is the only guitar company targeted by the Obama DOJ under the Lacey Act -- Tennessee is a right-to-work state.

Fender, Taylor, Rickenbacker, Danelectro, Carvin, MusicMan, and ESP are in California; Spector is in New York; Martin is in Pennsylvania; Guild, Ovation, and Hamer are in Connecticut; Alvarez is in Missouri; B.C. Rich is in Kentucky; Heritage is in Michigan; Washburn is in Illinois. --  All are forced-union states. [emphasis for Martin added]

Peavey is another guitar and electronics company, located in the right-to-work state of Mississippi.  --  Since 2009, Peavey has been the target of multiple lawsuits filed by a competitor, MUSIC Group, which alleges that Peavy products fail to meet federal safety and emissions standards.

It's worth considering the idea that DC just might be trying to hammer Gibson down, like a nail sticking up too high (they're too successful); that sort of treatment is not without precedent.  It's widely thought in the industry that the true intent of the US DOJ vs. Microsoft case was to extort political contributions from the software giant.  In the 1990s, Microsoft had risen from being just Microsoft, to being a dominant player on the world's stage.  They viewed DC as a continent away and irrelevant to the new world they were helping create, so their contributions to political parties and candidates reflected that disinterest.  But to use the old quote, "just because you're not interested in politics doesn't mean politics isn't interested in you", and they were harassed by lawsuits until they settled with DOJ.  Today, Microsoft contributes a bundle to politicians and campaigns.   The Ruling Class found them out of line and slapped them around until they agreed to pay their indulgences to the Vatican (Washington).

I don't think Gibson is big enough, on the economic scale, to warrant that sort of shakedown.

Eric Holder's Department of Justice has proven itself to be a political organization, that is stunningly corrupt, and not only not interested in enforcing laws, but willing to kill anyone anywhere to achieve their political goals (Gunwalker anyone?  Dealing with drug cartels to allow them to move cocaine into the US?).  The entire administration plays politics as bloodsport.  After all, resident Obama told a group of Latino voters, to "punish our enemies", and told followers in '08 "if they bring a knife, we bring a gun".

Does it seem even remotely out of character that they might try to destroy Gibson for being a non-union shop, or for not contributing enough money to democrats?  I don't think so either. 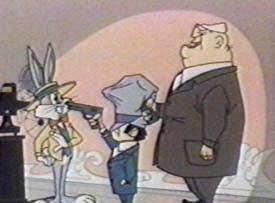