Chevy Volt - As Subsidized As the East German Trabant?

According to the Michigan Capitol Confidential, each Volt may be costing US taxpayers $250,000.


Each Chevy Volt sold thus far may have as much as $250,000 in state and federal dollars in incentives behind it – a total of $3 billion altogether, according to an analysis by James Hohman, assistant director of fiscal policy at the Mackinac Center for Public Policy.


“This might be the most government-supported car since the Trabant,” said Hohman, referring to the car produced by the former Communist state of East Germany. 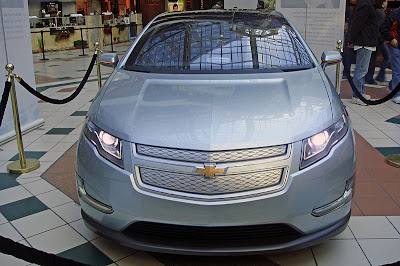 Our philosopher kings, our superiors in every way, have decided and acted.  You bitter clingers should just be thankful they are willing to lead us.

Read the whole thing, if you've got a strong stomach.
Posted by SiGraybeard at 7:45 PM

Labels: big freakin' out of control government, follow the money