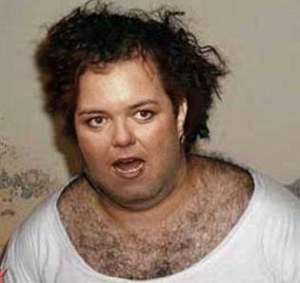 (Rosie when captured in Rawalpindi by Pakistani police, 2003)

I'm not much of a fan of Newt Gringrich, but in a smackdown between Newt and Khalid Sheik O'Donnell, I'll go with the Newt every time.  He may be a faux conservative, and a despicable human being, but he's the brightest guy on stage whenever those debates are going on.

H/T to the inimitable Frank at IMAO, for the story that in an interview on the closing Joy Behar show, Rosie suggested Newt should read a book.  Srsly.  Equally absurdly, she thinks he knows nothing about history.

Rosie, sweetie, I will take a $5 bet that Newt has written more books on history than you've read!

Labels: commies and other idiots, just foolin' around