For the last couple of evenings, I've been trying to run down information on the higher-up at the IRS who was the instigator of the special probes of liberty-oriented groups, Carter Hull.  Pretty much everybody online that I could find used the same basic quote I'll use here (this one from Newsboy)


“I was essentially a front person, because I had no autonomy or no authority to act on [applications] without Carter Hull’s influence or input,” said Elizabeth Hofacre, an employee of the Cincinnati IRS office, according to a new report in the Wall Street Journal.

Hofacre’s office, which oversaw tax-exempt applications, reportedly requested help from the agency’s Exempt Organizations Technical unit in Washington, D.C. in 2010 to deal with an influx of new applications from Tea Party groups.

IRS attorney Hull sent Hofacre additional information request letters [pdf] that he’d already sent to two tea party groups and instructed her to use them as a “foundation to prepare and review” cases and prepare her own letters to new applicants.

Hull has apparently pulled his Facebook page and retired.  Obviously not a "spring chicken": he even looks older than me.  Very convenient disappearance, if I do say so. 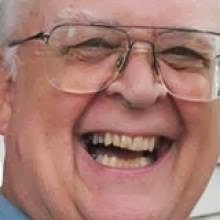 I was able to find essentially nothing about him - and the stinkin' NSA didn't even offer me some help, like cached copies of his Facebook page.  I heard Jay Sekulow of the ACLJ on the radio saying that Hull was a well known for being opposed to free speech, often testifying there's no right to it.  So I was searching for every combination of those terms I could find (including on the ACLJ site) and could find nothing.

Having gone over that pdf linked above, it's his name on it, and he does appear to be the HMF behind the orders to the field offices.  With him out of the way, it's hard to know if it stopped with him, or if someone higher up had him write the briefs (my guess).  Institutionally, it's disgusting that nobody in the IRS stopped to say "they're asking me to do something wrong" and stood up against it.  Institutionally, they're still "The Untouchables" in their minds.

Posted by SiGraybeard at 8:01 PM