How Much Digging Would You Do For $40 Million?

One of those unusual stories caught my eye this week, an announcement from Petra Diamonds of South Africa that the legendary Cullinan mine produced an "Exceptional 29.6 carat blue diamond".  Stones of the quality that this piece of diamond crystal appears to be have sold for over $2 million dollars per carat.  My headline is based on a 20 carat finished stone. 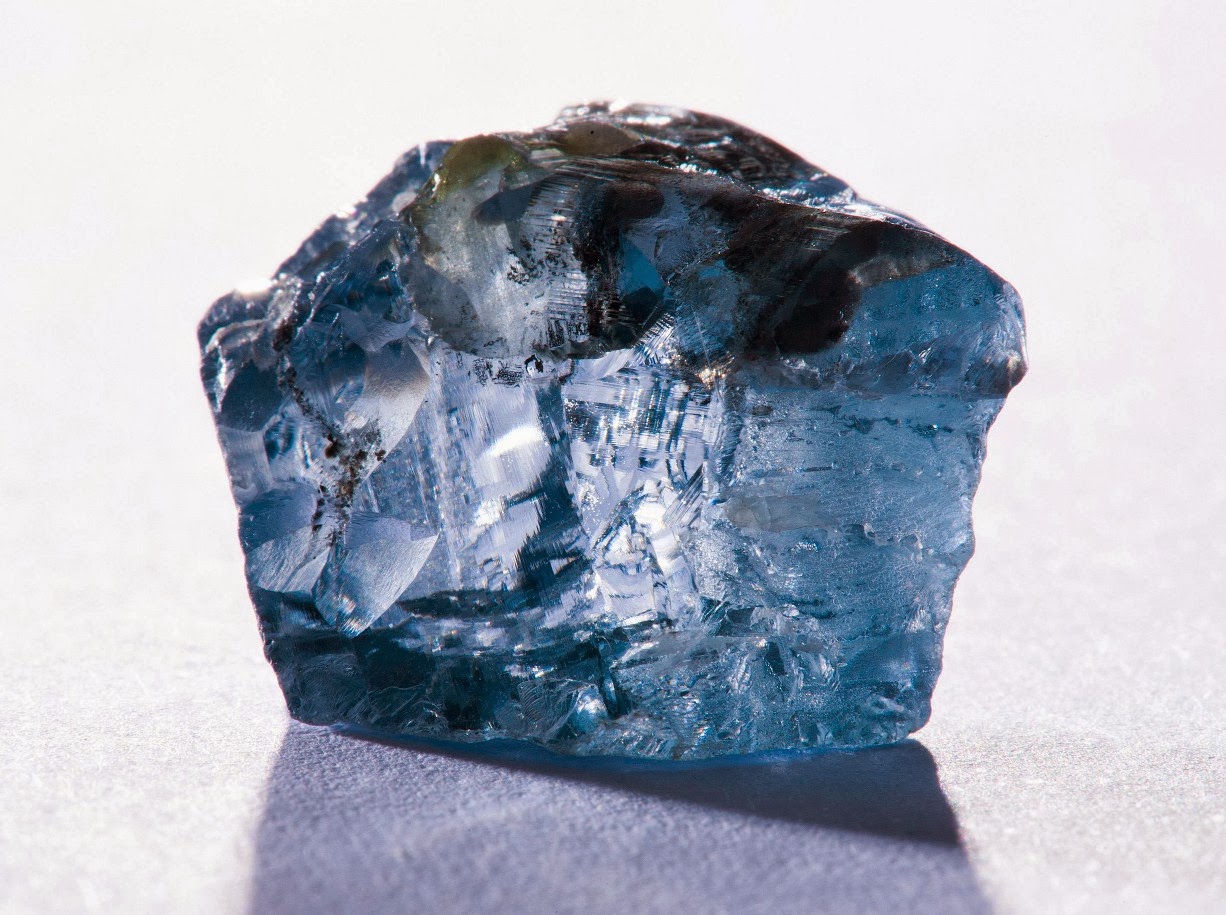 The mine, owned by the firm since 2008, was also where the Cullinan Diamond was found in 1905 - described as the largest rough gem diamond ever recovered and weighing 3,106 carats.

Other notable diamonds found in the mine include a 25.5 carat Cullinan blue diamond, found in 2013 and sold for $16.9 million, and a diamond found in 2008, known as the Star of Josephine, which was sold for $9.49 million.

As someone who's a bit of a rockhound/rock collector, and at least known some people around the gem trade, I have some observations that I hope are worthwhile.

First, it will be impossible to explain the allure of a stone like this to some people.  Some people appreciate gems, some don't, and of the ones who do, some don't think much of diamonds.  You will have to recognize, though, that it will an extremely rare, beautiful thing.  It won't just be the only one on earth, it will be the only one in the history of earth.  Someone will value that rare, beautiful thing enough to pay that $2 Million per carat for it.  That someone will likely be an oil sheik, or perhaps a Russian oligarch, maybe even a Chinese billionaire.

Second, many people will say that with synthetic, gem quality diamonds entering the market, the price is overdue to collapse.  I will simply point out that rubies have been synthesized since the late 1800s, and have been available in any quantity you want since then, but that really hasn't affected the price of rubies out of the ground.  The highest quality synthetic rubies are hundreds of dollars per gram; the bulk synthetics - like the kind class rings are made from (Verneuil process) - are under a dollar per gram (eBay link).  A high quality natural ruby can hit ten thousand dollars per carat (five carats in one gram).

Third, look at the role that final weight plays in the value of the stone.  Faceting, even of diamonds, is a process of grinding away portions of the stone to create the flat facets that shape the stone.  I find that many people are aware that diamonds can be cleaved, and just think that's how the facets are put on a stone.  Nope, they're ground on.  A common rule of thumb would be that a faceter will recover about 20-25% of the weight of the rough.  A well-shaped diamond crystal, a natural octahedron, can give 50% recovered weight, but this sure isn't an octahedron.  There will be study of the optimum way to cleave the crystal into smaller stones (very little stone is lost during cleaving) and then only very experienced diamond cutters will touch it.  They will want one stone as big as they can get good optical performance from, and settle for a group of smaller stones.  I think.

I can hardly imagine the pressure to get that decision right.  Literally millions of dollars riding on grinding away just the right amount of stone.  A carat is 1/5 of a gram; that can be ground away fairly quickly. $2 Million turned into diamond dust worth essentially nothing.

There's a saying that "diamonds are where you find them".  How much would you spend to find a single stone worth $40 or $50 Million?