It's Not Your Money - Feds Put Currency Control In Place

This story has been floating around for a few days, now, but I don't see much coverage of it.  According to The Sovereign Man blog by Simon Black, the DOJ has instituted cash controls that require banks to notify them if anyone withdraws as little as $5000 cash in one transaction.


Assistant attorney general Leslie Caldwell gave a speech in which he urged banks to “alert law enforcement authorities about the problem” so that police can “seize the funds” or at least “initiate an investigation”.

As Black highlights, according to the handbook for the Federal Financial Institution Examination Council, such suspicious activity includes, “Transactions conducted or attempted by, at, or through the bank (or an affiliate) and aggregating $5,000 or more…”

Imagine going to your local bank to get some cash; for a specific purchase or just because you want to have some cash on hand.  You tell the teller that you’d like to withdraw $5,000 from your account. She hesitates nervously and wants to know why.

You try to politely let her know that that’s none of the bank’s business as it’s your money.

The teller disappears for a few minutes, leaving you waiting.

When she returns she tells you that you can collect your money in a few days as they don’t have it on hand at the moment.

Slightly irritated because of the inconvenience, you head home.

But as you pull into your driveway later there’s an unexpected surprise waiting for you: two police officers would like to have a word with you about your intended withdrawal earlier…

How do you know you live in a police state?  That's a pretty good working definition right there.

With today's prices $5000 isn't an extreme amount of cash.  I've had plumbing damage to my house that cost more than that to repair (leak from a dishwasher in the kitchen that required stripping to bare concrete and rebuilding).  Maybe you want to buy a used car, or pay your plumber for a major fix in cash.  Sure, most people use a credit card or check for that, but shouldn't that be your choice?

According to Black, federal regulations REQUIRE banks to file ‘suspicious activity reports’ or SARs on their customers. The thing is, it’s not optional.  Banks have minimum quotas of SARs they need to fill out and submit to the federal government.  If they don’t file enough SARs, they can be fined. They can lose their banking charter. And yes, bank executives and directors can even be imprisoned for noncompliance. So they have strong incentives to fill out SARs on anyone at any time.

SHTFPlan.com adds some more essential details.  He ties it to the horror of civil forfeiture, which I've written about several times here (for example), Confessions of a Street Pharmacist has, The Daily Sheeple and a lot of other people as well.  They conclude with:


It’s a sad state of affairs when law-abiding American citizens now have to worry about how to hide their money where the bankers and police can’t find it. When travelling or keeping money at home consider the Shovel and Maneuver for Hiding Gold, Guns and Other Assets:

With the central reserve banks causing all sorts of distortions in the market, there's lots of talk about the negative interest rates spreading from bonds to banks - the ECB itself went to negative interest a year ago.  People are understandably uneasy about leaving money in places where it can get stolen confiscated.  The central banks need control of every bit of currency in the world and the governments want control of every person in the world, so they're only too happy to comply. 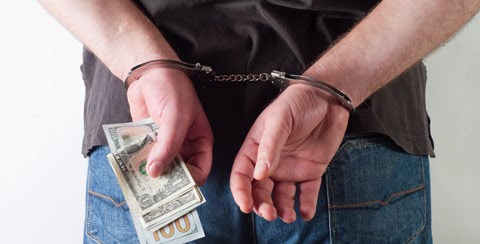