Inside many machines full of moving parts are bearings that facilitate that motion.  This 2010 video brought the subject to mind, especially the image of the large ceramic bearings they use in that engine (I believe the engineer called them Silicon Nitride). 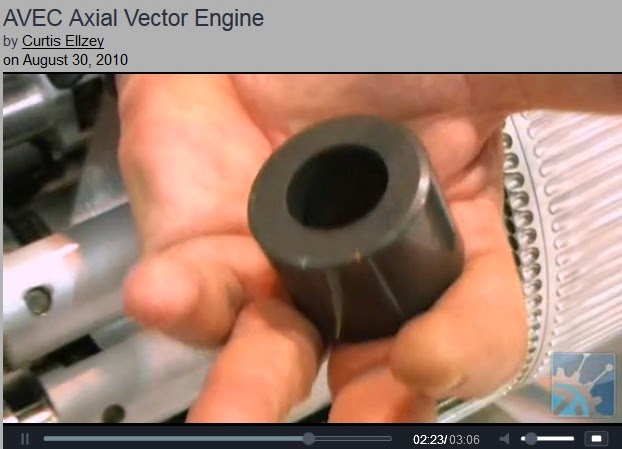 Ceramics and other ultra hard materials are increasingly being pushed into this type of service because of their excellent wear resistance and light weight.  But how do you machine such a thing?  How would you machine a cylinder with a hole along its long axis in an ultra hard ceramic?  The basic design is pretty easy on your shop lathe if it's in metal.  I can imagine someone putting a piece of ceramic on a lathe or mill, trying to shape it with a conventional cutting tool and doing nothing but ruining their cutter.  The answer is grinding.

Metals cut very differently than hard, brittle materials like ceramics.  When seen under an electron microscope, the action of the metal under the cutting tool looks like putty flowing; the tool shears off a continuous curl of metal that looks like paste.   A brittle material won't cut like that.  Instead, you need to take a lesson from the lapidaries, people who cut and shape hard gemstones.

A lapidary will speak in terms of hardness, and they're probably using the Moh's hardness scale of minerals, which was derived as a comparison of which stones scratch each other.  The problem with this scale is that it has big gaps and not many direct comparisons to engineering materials.  Most ceramics used as bearings are clustered toward the upper end of the scale, and you'll need to be machining with diamond tools.  Diamond tools are much more common than they used to be, especially since the granite counters and tiles became commonplace and led to so many tools for working the rock.  Like the granite workers, cutting ceramics for bearings will be done wet to both cool the work and carry away the dust ground off the piece, in an abrasive slurry.  Diamonds are used to cut every type of stone there is, even other diamonds.

Anyone out there with machine shop experience is probably in full pucker mode by now; cringing, maybe with the hair on their neck standing up.  You absolutely don't want the abrasive particles from the work falling on any machine tool, and you especially don't want the abrasive slurry on your machine!  Woodworkers will sand on their lathes, machinists usually don't.  The reason is simple:  your cuts depend on the accuracy of the machine's beds.  500 grit abrasive is a fine abrasive to even metal workers, but each particle is .002" diameter and having your work off .002" from those grains grinding on the beds is unacceptable.

Since my aim here is always "how to" with an eye toward rebuilding after the SHTF, here's what I have in mind.  To begin with, rock lathes for lapidaries exist, but to cut the outer diameter, a reasonable way would be on the machines that lapidaries use to facet stones into finished gems.  This is an example, but there are lots of models out there.  With a few diamond laps (the plates pictured on the machine) this could cut everything up to the hardest ceramics known.  This could be used to cut the outer diameter in a few steps, and get it reasonably smooth and symmetrical.  Lapidaries also cut circular stones on what are more like regular bench grinders, but that can handle being wet.  If there is a "standard" or most popular grinder, this one probably fits that description.  Another source for both types of machine is these guys.  A shop made fixture to hold the stone while it's being shaped to keep it circular could make it a one machine job.

If I was looking to get something for shaping ceramics, I'd look for a used faceting machine.  They're already used in industry for some precision grinding - in fact, more are probably used for that than for gem cutting.  That would allow me to cut a number of facets, small flats, all around the diameter of the bearing I'm trying to make (faceters call this "girdling").  Then I could smooth between the facets manually and make it a smoother cylinder.  Drilling the hole axially is a simpler task with diamond drill bits available at Amazon and other places.  Seems like it would be easy on a drill press with work submerged in a water bath in a piece of Tupperware.  Getting it precisely on axis is tricky, and I think I'd do that first, before mounting it in some way to the other machines for grinding the outer diameter, which would act to center the bore in the diameter.

By the way, there are already companies that have made CNC milling machines for grinding ceramics, but they sell their services as product makers, not the machines.  That I can find.  So far.