A few weeks ago, Microsoft CEO Satya Nadella was doing an interview with ABC News and the News Babe asked him a set of "lightning round" questions.  One of the questions was "what piece of today's technology won't be around in 10 years".  After a moment of thought, he answered "a fountain pen".

A fountain pen?  A computer guy might think that writing is going away.  OK.  What replaces it?

While I can imagine not using a keyboard for entry into my computer, it's certainly more crowd-friendly in an open office environment to type than it is to use voice dictation.  Hand writing would slow me down terribly, unless handwriting recognition is a hundred times better than it is now.  The latest trend in corporate abuse of workers is "workplace effectiveness".  The idea is to eliminate private offices (for the little people, of course, not for them) and put everyone in big open spaces so that people can collaborate.  With meeting rooms and conference rooms sprinkled around the facility, so that they can get away from some of the audio din of a group of people working.  In short, a giant farm of wall-less or short-walled cubicles with some conference rooms around the outside.

Because of all that, I don't see keyboards going away if cube farms are the way of the world.  Pen interfaces have a way to go to catch up with speed and feel of writing on paper.  Styluses on glass screens feel even worse.

Aside from the rare occupations that require penmanship, writing by hand is becoming a smaller part of most our days.  Schools are even dropping the teaching of cursive writing, prompting speculation that cursive writing is dead.  Maybe I'm being a bit conspiratorial here, but I can easily imagine some Bill Ayres-type educators somewhere deciding that if kids can't read cursive, they can't read our founding documents.  Heck, things I'd consider more tin-foil-hat-conspiratorial than that happen every day; two or three times on any given Friday.

The thing is, there is good correlation between being able to write cursively, attractively, and high wealth/status.  This is widely enough known that private schools are teaching their children penmanship from the earliest grades.  Is the reason you don't need to work on a beautiful John Hancock to sign important documents because you don't already have a beautiful John Hancock?  That it's too late to make a first impression with your signature once you're in the door? 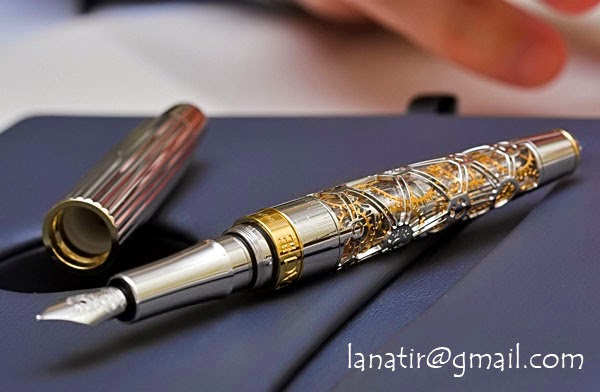 Aside from the resurgence of popularity of high quality fountain pens, the idea they'd be gone just doesn't seem likely to me.  Things like that don't go away.  They're always there, just used more for the interesting hobby aspects.  There's an almost perpetual interest in operating older radio gear among hams, and there's no shortage of people looking for penny farthing or high wheel bikes, or other "obsolete tech".  There are collectors (and users) of slide rules.  Look at calligraphy: it's only used as an art form for writing on formal documents, and almost nowhere else, but it's not gone gone.