30% Of Millennials Would Sell An Organ To Erase Student Loans

According to the website InvestmentWatch, 30% of Millennials said they'd sell an organ to pay off their student loans.  They link to a survey at MyBankTracker, saying that's not the most questionable part of it.


...38 percent would agree to take part in a questionable medical study. These are two of the findings released by the website MyBankTracker which surveyed 200 of its readers this past summer to determine how far they would go to erase their school-related debt. In terms of other extreme measures, 55 percent would turn their lives into a reality show. However, the participants had their limits, as only 43 percent would be willing to sell half their belongings. And sixty-eight percent would reportedly refuse to join active duty in the military.

30% would be willing to sell a kidney, while 43% would be willing to sell half their belongings?  "You can take part of my liver, but you can't take my smartphone"?  The last line, 68% would refuse to join active duty military, is probably selection bias.  Anyone who would accept going into active military duty to get educational benefits probably isn't part of this population, because they did it already.

The kicker is that of the population they surveyed the median age of the respondents was 32, and their student loan debt averaged about $34,500 per person.  According to the Project on Student Debt, this is well over the $28,400 national average for student loan debt.  We've all heard stories about students ending up over $100,000 in debt; these are probably the expensive, private schools, and an outlier number. 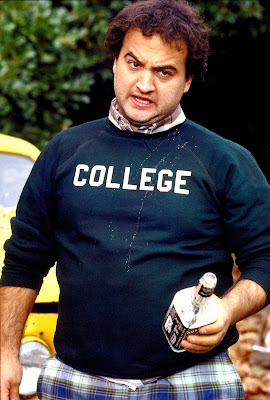