Sunday Wrap Up, Tab Clearing, Miscellany and Whatever ...

This weekend, ISIS let the world know what they think about those COEXIST bumper stickers.  Now, everyone who doesn't have their head up their ass about Islam has known this forever, but it's good to see them tell the truth.  Maybe we can pass this on to those smarmy oh-so-much-better-than-you people with those stickers.  I've always said, "if you're telling me to peacefully coexist, you're talking to the wrong side". 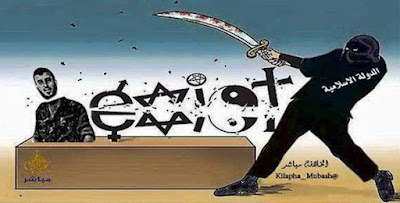 Hat tip to The Blaze for a link to The Site Intel Group who found ISIS critical of "moderate Muslims" who met with Pope Francis. Their term of insult for non-jihadist muslims is "coconuts".

On September 25, 2015, a user by an Arabic-language username translating to “Come Come,” called such Muslims “coconuts,” a term used by jihadists to insult moderate Muslims:
I wonder how many coconuts attended today's inter-religious prayer service led by Pope in NYC. They all need to take shahadah again.

Shahadah is apparently some sort of re-proclamation of their faith, and not a 50s music cover band.  Who would've known?


I've been meaning to recommend a post to you guys for days.  357 Magnum, who regularly brings the smarts on this topic, as well as many others, has a great summary post on the radiation leaks from the Fukshima nuclear power plant.   Fear Killed After Fukushim Daiichi.  Radiation, Not So Much.  If you live with or work around someone who carried on about this like it was going to be some sort of world wide catastrophe, send them to this piece and its links.  I work with a fairly smart guy who has sucked up way too many time-wasting pieces of  YouTube apocalyptic videos.  I'll be sending him this link.


No one has died from radiation associated with Fukushima Daiichi. Say that again. NO ONE has died.

The workers in the plant AFTER the disaster will not develop cancers in measurable difference from the background rate. (Some people develop cancer, even if they have never worked in nuclear power.)

Radiation wasn't the problem, it was government incompetence and fear-mongering.


Didn't get much done today on the many projects.  We were up at 5 to catch the morning high tide at Sebastian Inlet and after that I had to spend a few hours in cleaning the boat, tackle and everything else, getting it stowed for "next time".  Unfortunately, high tide was all I caught.  Well, that and about a thousand no see um bites.  They were wicked bad this morning.  Mrs. Graybeard, though, caught a silver mullet on a white bucktail jig.  Yes, it ate the jig, it wasn't snagged.  Rare, but I've caught one once.