And You Thought Trump Was A Laughing Stock

The headline of the year is from the UK:  British Politics Reels From Sex Scandal Involving David Cameron and a Pig Carcass.


The Daily Mail has begun publishing excerpts from an “unauthorized biography” of Cameron, authored by a rival from within his own Conservative Party. Its first tidbit claims that during “an outrageous initiation ceremony” as a student at Oxford, “the future PM inserted a private part of his anatomy into” the dead animal.

Just in case you think American politics is about as low brow as politics can be.  But the bottom line is that Cameron is a conservative, so you can bet the media there is just as friendly as the US media is to our conservatives.

And while I'm talking about how stupid political tricks, here's a confidential to the stupid party:  When the news people set up a trap for you so they can make fun of you: DON'T WALK INTO THE TRAP.  Pardon the shouting.  This weekend's "let's make everyone say something about muslims that we can do a superior dance about" is a prime example.

I think the guy asking Trump about the president being muslim was a plant, for a couple of reasons.  First, it's too much like the stereotype the media has about Trump voters.  Second, remember back in '10 when lots of Tea Party events were going on, and the narrative was "they're all racist"?   Then when no one actually said or wrote anything that was actually racist, people would show up at Tea Party events with racist signs and when they were investigated, they all turned out to be infiltrators trying to make the Tea Party look bad.  Third, how come we don't know anything about the guy who asked the question?  We almost knew Joe the Plumber's credit card numbers within an hour of him asking Obama something about wealth redistribution.

But then the media went with it and started asking everyone if they believed Obama is muslim. 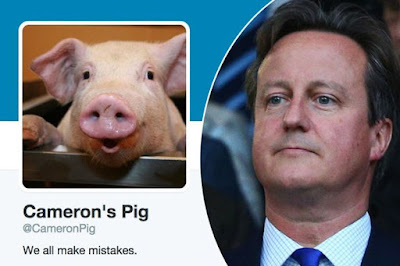