To more fully realize the benefits of behavioral insights and deliver better results at a lower cost for the American people, the Federal Government should design its policies and programs to reflect our best understanding of how people engage with, participate in, use, and respond to those policies and programs. By improving the effectiveness and efficiency of Government, behavioral science insights can support a range of national priorities, including helping workers to find better jobs; enabling Americans to lead longer, healthier lives; improving access to educational opportunities and support for success in school; and accelerating the transition to a low-carbon economy.

A good question at this point is, "whut?"  I thought Cass Sunstein had left the government, and a quick check shows he officially left in 2012, but this has his "Nudge" written all over it.  (Coincidentally, I'm sure, the Yiddish word for a really annoying, nagging person is a noodge - which sounds almost like nudge - and is pretty darned appropriate).  As I wrote about it way back then (2010):


The idea behind the book is simple: we all have an inner Homer Simpson and an inner Mr. Spock who run our decision making.  While the Ruling Class Elites are under the control of their inner Spock, you're ruled by Homer.  You're too stupid to make good choices, so the wise and wonderful government will make them for you.  ... You enjoy that weekly cigar?  It's too linked to mouth cancer, don't you know.  We'll have to quadruple the taxes on them.  Or more.  Or take them off the market.  It's for the children, you know.  By the way - that anger and revulsion you're feeling?  That "who the #?*! do they think they are??" feeling?  That's just another symptom of the "optimism and overconfidence" that your inner Homer gives you (last paragraph of that Slate piece).


The new program is the end result of a policy proposal the White House floated in 2013 entitled “Strengthening Federal Capacity for Behavioral Insights.” According to a document released by the White House at that time, the program was modeled on one implemented in the U.K. in 2010. That initiative created a Behavioral Insights Teams, which used “iterative experimentation” to test “interventions that will further advance priorities of the British government.”

By no coincidence, those "priorites" almost always advance the goals of increasing the power and control of the federal government, though they are often couched as ways to cut overall program spending or produce better programs.

If you haven't been following Buttstain, here's a collection of every time I've mentioned him in this blog's 5+ years.  But let me tell you, I've got a whole lot of that, "who the #?*! do they think they are??" feeling that my inner Homer Simpson is causing. 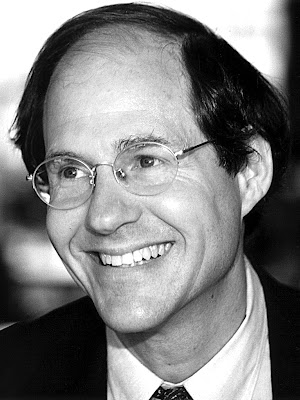