Ran across this graphic on Space.com: 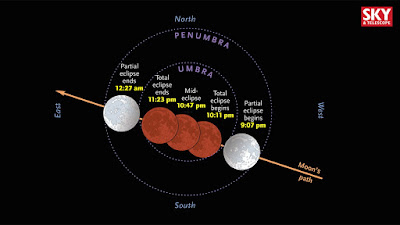 Times are in US Eastern Daylight Time, so correct for that.  I'll be staying up a little later than the usual work night, but these things are pretty.  They're also slow and majestic, taking an hour and 10 minutes in totality.  You could wander outside, find nothing but clouds and still get to see the moon in total eclipse a half hour or 45 minutes later.

This one will be cool: it's a Supermoon, which means the moon is at its perigee; the closest point in its orbit, so it'll appear larger than other month's full moon.  You probably won't notice it since it's only 7% larger and there's nothing nearby to  compare it to.  It's also the harvest moon, a period when the moon appears to linger closer to the horizon and look bigger and brighter, allowing crops to be harvested later into the evening.  As for being a blood moon, I think the geometry of how eclipses happen guarantees that any lunar eclipse could be one; the actual color depends more on the weather all around the lit path (the entire circumference of the earth) than anything else. 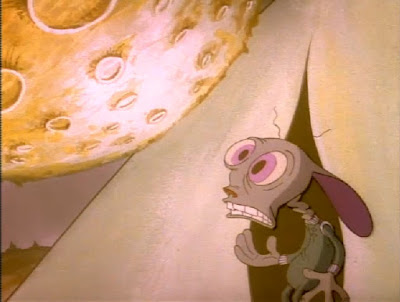 Sure, it'll be bigger and closer than usual, but it won't look that big and close... I think Ren Hoek here is copyright John Kricfalusi from the old Ren and Stimpy show, but maybe Nickolodeon and maybe... who knows?  You didn't think I did this, did you?

Posted by SiGraybeard at 3:56 PM