Tales From the Over Regulated State # 23 - Watch What You Eat

Perhaps we can get a break this time with the Trumpening, but new regulations from the FDA on restaurant food labeling take effect this May, and restaurants are struggling to comply.  Any restaurant with 20 or more locations as well as supermarket and convenience stores must post the calorie counts of their prepared food.   In case you were wondering, the evidence is that the requirement to post calorie counts affects restaurants and raises prices but consumers don't care.

To begin with, what they're asking isn't easy.  Yes, the restaurants can add up the calorie content of every food in a recipe and divide by the number of portions, but even that is tricky.  What about different suppliers?  Consider a pizza shop that buys their "special, secret sauce" from a few suppliers and they might use different ingredients with different calorie counts.  The FDA's answer?  Just use the largest number you can find.  In other words, just lie to make it sound worse.


Some restaurants get their ingredients from multiple suppliers. How would the calorie discrepancies figure into the total calorie count? The FDA has an answer for that: count the fattiest version. “You would not be penalized for over-declaring calories versus under-declaring,” the agency responded.

This could get out of hand fast and shows how out of touch the FDA is with the industry.  This might work for industrial producers with everything being made by machines, but most restaurants still use a lot of hand work and a lot of places for differences to creep in between the stated counts and the real counts.

Let's go back to the hypothetical pizza (I saw them in concert with Ultimate Spinach in 1968).  How many calories in a slice of pizza?  That depends, doesn't it?  The best guess anyone can come up with is to find the caloric content of everything in the pizza, add it up, and divide by the number of slices, even though every slice will be different.  What about what's called a "party pie", where a rectangular pizza is cut into rectangular pieces?  Same concept, right?  Silly person!  You're trying to be logical, and this is the Federal Government we're talking about!


Initially, the FDA told a Chicago-based pizza chain it would need to declare calories for the entire pizza, if the pieces weren’t uniform. But Marla Topliff, president of Rosati’s Pizza, said the agency subsequently agreed to allow the chain to post calories for an average piece in a party-cut pie. Topliff said having to list calories for an entire pie would be unfair to party-cut pies, if traditionally cut pies were listed per slice.

I don't know if you caught that, but the FDA originally said to count the calories for the entire pizza for every slice.  That's insane!  But let's go back to that question again.  How many calories in a slice of pizza?  Who cares?  Let's be honest here;  nobody going out for a pizza really cares about that.  Let me rephrase that: anybody going out for pizza who cares about it already has a pretty good idea of how many calories to expect.  Maybe they believe in having a treat meal once a week/month/year/whatever and this is it.  Why does the FDA insist on thinking that whatever restaurant meal someone has is their regular, everyday diet?

Side note.  Although I don't talk about it anywhere near as much as Denninger, I follow a similar low carb lifestyle as he does.  I've also read virtually everything I can find on the topic and listened to hundreds of hours of conference talks, presentations for the Obesity Medicine Association (formerly the American Society of Bariatric Physicians) and other MD practitioners.  The idea that weight control is as simple as calories in vs. calories out was almost discarded in the 1930s, and only survived because the preeminent obesity researchers were gone in the postwar years. Today's successful physicians find (1) no one approach is universal but (2) for the patients who are getting fatter on the currently recommended food pyramid, their problem is hormonal and not caloric.  In other words: they don't get fat because they overeat; they overeat because they're getting fat.  Not enough space to get into this here, but the best overall book is this.

These regulations are a flaming waste of time and resources for the restaurants and will present costs that inevitably will get passed on to their customers who don't care about the information.  The only group that is made happy in any way is the idiots at the FDA.  The FDA is not only wasting time and consumer's money, they're doing the wrong things.  What they're requiring will have not have an effect on "the obesity problem".  It's probably too much to hope for, but I'm hoping some sanity in the coming Trumpening will stop these regulations before they waste too much more money. 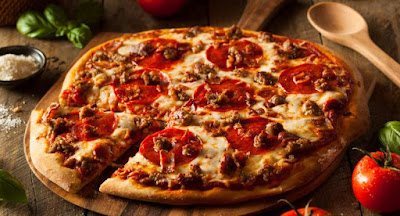