Apparently that's being lost.  A bigger question is whether we should care or not. According to The Telegraph, schools are switching over to digital display clocks to help remove stress during taking tests.  The stress only exists because the students, not just first graders but 9th, 10th and 11th year students in the UK, can't tell time at a glance.

“The current generation aren’t as good at reading the traditional clock face as older generations,” he told The Telegraph.

“They are used to seeing a digital representation of time on their phone, on their computer. Nearly everything they’ve got is digital so youngsters are just exposed to time being given digitally everywhere.”

Mr Trobe, a former headmaster, said that teachers want their students to feel as relaxed as possible during exams. Having a traditional clock in the room could be a cause of unnecessary stress, he added.

It's easy to turn this into a "those pathetic children today" screed, but I don't want to do that.  I think it's reasonable to ask if it's really necessary.  In my mind, it's hard to not immediately see a clock face when I'm thinking of a certain time, and that the clock face helps me visualize the difference between time zones, time intervals, and other things but maybe that's just "a product of my raisin'".  Perhaps if you were born and raised with a digital display on everything, you see those things as easily.  What does someone raised with digital clocks think when they encounter instructions to position two things at the 10 and 2 o'clock positions, or to look for something at 6 o'clock.

(I can't imagine how you could visualize everything on a digital display.  For example, how fast does the sun move across the sky?  Half the speed of the hour hand on a clock; the sun goes from east to west, or 3:00 to 9:00 in about 12 hours (it varies with the season).  The clock obviously takes 6 hours.)

I think there's an honest need to ask whether tons of arithmetic-by-hand is worth doing in an era when calculators are everywhere.  For perspective, I made the observation in my first year in an engineering department that the guys who were on the top on the technical side could do the most math in their heads, so I'm not at all opposed to doing lots of math, it's just that most students won't be in that environment.  Similarly, is there a real need to spend weeks teaching children to read an analog clock if digital displays are replacing analog clocks?  If the only analog clock they see is in school (or Big Ben - this is the UK after all) what's the point?  So they can read an analog clock if they have to?  If digital electronics suddenly went "poof"?  If we really get a TEOTWAKI event, the question will be whether or not one can read a sundial, not an analog clock. 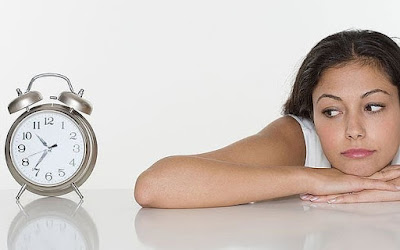 (Image from The Telegraph)

The other item the Telegraph linked in the same article is a bit more troublesome:


Earlier this year, a senior paediatric doctor warned that children are increasingly finding it hard to hold pens and pencils because of an excessive use of technology. Sally Payne, the head paediatric occupational therapist at the Heart of England foundation NHS Trust, said that when children are given a pencil at school, they are increasingly unable to hold it.

To be able to grip a pencil and move it, you need strong control of the fine muscles in your fingers. Children need lots of opportunity to develop those skills," she said.

"It’s easier to give a child an iPad than encouraging them to do muscle-building play such as building blocks, cutting and sticking, or pulling toys and ropes. Because of this, they’re not developing the underlying foundation skills they need to grip and hold a pencil."

Do we need to ensure students can communicate with a pencil, and not just a keyboard, or even just texting with their thumbs?  Yeah, I'm gonna come down on the side that we really need to make sure kids don't lose the ability to write with pencil and pen on paper.  Using written language is being human.  Losing the ability to write has "dark ages" written all over it.