College Student: My Generation Is Blind to the Prosperity Around Us

The title describes the author, Alyssa Ahlgren, who's in grad school for her MBA.  It's a short article but definitely worth a read.


I’m sitting in a small coffee shop near Nokomis trying to think of what to write about. I scroll through my newsfeed on my phone looking at the latest headlines of Democratic candidates calling for policies to “fix” the so-called injustices of capitalism. I put my phone down and continue to look around. I see people talking freely, working on their MacBook’s, ordering food they get in an instant, seeing cars go by outside, and it dawned on me. We live in the most privileged time in the most prosperous nation and we’ve become completely blind to it. Vehicles, food, technology, freedom to associate with whom we choose. These things are so ingrained in our American way of life we don’t give them a second thought.
...
Democratic Congresswoman Alexandria Ocasio-Cortez recently said to Newsweek talking about the millennial generation, “An entire generation, which is now becoming one of the largest electorates in America, came of age and never saw American prosperity.”

Never saw American prosperity. Let that sink in. When I first read that statement, I thought to myself, that was quite literally the most entitled and factually illiterate thing I’ve ever heard in my 26 years on this earth. Now, I’m not attributing Miss Ocasio-Cortez’s words to outright dishonesty. I do think she whole-heartedly believes the words she said to be true. Many young people agree with her, which is entirely misguided. My generation is being indoctrinated by a mainstream narrative to actually believe we have never seen prosperity. I know this first hand, I went to college, let’s just say I didn’t have the popular opinion, but I digress.

"Never saw American Prosperity".  It's stunning when you think of it in those terms, but the attitude that AOC voices is obvious all around us.  The US has roughly 5% of the world's population but contributes about 25% of world GDP; global prosperity, if you will.  Producing that quarter of the world's GDP gets us derided by those same college students for using more than 5% of the world's energy to generate that outsize contribution!  Instead, they should be asking why the other major economic powers aren't contributing as much.  The US has lifted more people out of abject poverty, spread more freedom and democracy, and has created more innovation in technology and medicine than any other nation in human history. When a disaster happens somewhere in the world, US citizens routinely donate more out of their own pockets than any other country's citizens, and generally giving more than entire nations do with tax money (that is, not voluntary charity).

Churchill spoke of socialism as the "Gospel of Envy" and the daily media spew reeks of that envy taken all the way to resentment.  In the US we have people living in the top 10% of incomes in the country resenting the small percentage making more than they do.  Society stratified so that everyone resents the next higher level of income, with most of those people thinking how bad they have it instead of how good. 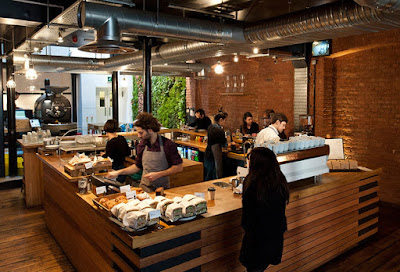