Attorney Sidney Powell has taken on the case of Lt. General Michael Flynn, who served as President Trump's first National Security Advisor and was - by all accounts - railroaded into a guilty plea for lying to the FBI even though none of the agents who had spoken with him thought he was lying.  You might have seen her on TV if you watch lots of news; I recognized her instantly although I didn't really know her name or who she was. 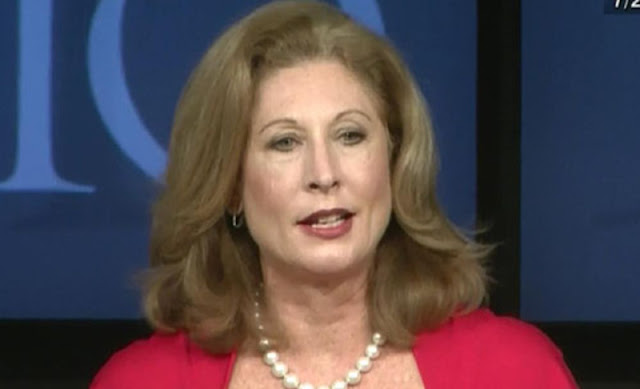 She has come out with metaphorical guns blasting, according to this article from Free Pressers.  The first salvo she fired was in a private letter to Attorney General William Barr.


In the first paragraph of a private letter she sent to Barr, “Powell requested an outside auditor not associated in any way with former special counsel Robert Mueller’s team,” Rowan Scarborough wrote in a Feb. 16 report for The Washington Times.

“She argued that Mueller’s lawyers threatened Flynn’s son with prosecution to persuade the retired officer to plead guilty to lying to the FBI.”Powell wrote in the letter to Barr: “We request the appointment of new government counsel with no connection to the Special Counsel team of attorneys or agents to conduct review of the entire Flynn case for Brady material that has not been produced and prosecutorial misconduct writ large.”

“Brady material” is exculpatory evidence that both sides in a trial are obligated to provide for each other.


For one, she said, the FBI officially put Flynn under investigation in August 2016 in its Russian election interference probe but didn’t tell him during two encounters over six months.

An agent visited the Trump presidential campaign under the guise of a defensive briefing on Russian interference. In fact the agent was there to surreptitiously investigate Flynn, according to a report by Justice Department Inspector General Michael E. Horowitz.

Six months after opening the probe into Flynn, two FBI agents, including Trump antagonist Peter Strzok, on Jan. 24, 2017, visited Flynn at the White House under the guise of a friendly chat about national security. At that point, the FBI had no evidence of a Trump-Russia conspiracy outside of the Christopher Steele dossier, which Republicans say turned out to be a Kremlin hoax.

During the presidential transition, the U.S. had intercepted calls between Flynn and the Russian ambassador in which they talked about sanctions.
...
Inside the Obama Justice Department there was talk of investigating Flynn for violating the Logan Act, a 1799 law barring civilian interference in foreign policy for which no one has ever been convicted.
...
In her June letter to Mr. Barr, Ms. Powell recited her version of events. She said prosecutor Brandon Van Grack later acknowledged that the Flynn call was “perfectly legal.” It did not violate the Logan Act, which appeared to be the basis for the FBI visiting Flynn that day.

“There was no ‘Logan Act violation,’ and everyone knew it,” Ms. Powell wrote. “Yet General Flynn was illegally unmasked by the Obama administration and his call leaked to explode the ‘Russia collusion’ narrative in the press. The FBI interview was worse than ‘entrapment.’ He was led to believe he was having a casual conversation with friends about a training exercise from a day or two before, when in truth, it was a set-up-tantamount to a ‘frame, manipulated by Yates, Comey, Strzok, McCabe, and others to take General Flynn out of the administration. [Mueller team] then used it to pressure him to try to take out President Trump.”

It's a bit of a long and convoluted story, and I recommend you read the whole piece at the Washington Times because it goes into the parallel attacks against Carter Page and George Papadopoulos.

Yesterday, Townhall Columnist Kurt Schlichter put up a piece called, “Burn Down the DOJ and Start Over” arguing it might well be too corrupt to save.  The only alternative is to burn it to the ground, salt the earth, and start over elsewhere.


I want you to tell me, without bursting into laughter, that I am still supposed to respect our federal law enforcement institutions. I keep hearing about these wonderful keepers of norms and rules and stuff deserve our awe, and then I see the tawdry, self-serving and scummy way they operate, and gee – there’s a disconnect. A big one. If the price of our society is submitting to these corrupt and incompetent people of garbage, well, then I say burn it all down.

The more I read about things like this case, the more I agree with Kurt.