A story that has hardly gotten wide attention even here, under the SW to NE approach to Patrick Air Force Base, is that the base will be renamed as Patrick Space Force Base, or, Patrick Space Base or something like that in the coming weeks.  The announcement last Friday said the name change would be within 30 days.


"It's exciting, but it is kind of fast. But it's been good," Brig. Gen. Douglas Schiess said. He said Space Force leadership was making sure "we are an agile service without a lot of bureaucracy to be able to get after what the nation needs us to do in continuing to be a space power."

As most of you know, launch activity has picked up quite a bit in the last couple of years.  The 45th Space Wing, based on Patrick AFB, has demonstrated that it can handle a pace of one rocket launch per week and even support two launches in one day. In 2018, the installation handled 24 launches, and 48 are scheduled for 2020, so far.  Space Force bases, in addition to the two here, will include Buckley, Peterson and Schriever Air Force bases in Colorado, along with Los Angeles and Vandenberg Air Force bases in California.

We're looking forward to tonight's 11:03 PM (EST) launch of an Atlas V carrying the European Space Agency’s Solar Orbiter mission.  Chances of acceptable weather are up at 90%.  Later this week, we could be having the next SpaceX Starlink launch.  Teslarati reports:


The fourth launch of upgraded Starlink v1.0 satellites and fifth dedicated launch overall, SpaceX’s next Starlink mission – deemed Starlink V1 L4 – is currently set to lift off no earlier than (NET) 10:46 am EST (15:46 UTC) on February 15th. As usual, the mission’s Falcon 9 booster will attempt to land aboard drone ship Of Course I Still Love You (OCISLY), while SpaceX recovery ships Ms. Tree and Ms. Chief may attempt to catch both Falcon payload fairing halves for the third time ever.

Work on the Space Launch System (SLS) booster has passed another milestone with positioning the booster vertically for test at NASA's Stennis Space Center in Mississippi.  In addition, last week four RL10 engines were delivered to Stennis for testing and integration into the Artemis upper stage.  The RL10 is well-established engine, but the tests will verify the integration of the engine into the Exploration Upper Stage. 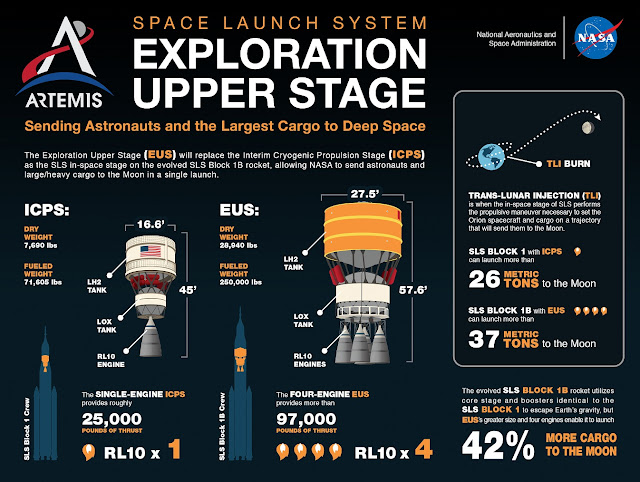