Predictions About the Future Are Almost Always Wrong

But they can be kinda fun. One of the staple trade magazines in my old line of work is Microwaves & RF magazine (RF = radio frequency); one of their longtime editors is Lou Frenzel.  Lou has been in various trade magazines since 2005 and I've been aware of his work for most of that.  Lou writes a piece this month called “Perfect Vision - Predictions for 2020” and I thought his views on what's going on in the wireless 5G industry might be interesting.

I'll claim fair use and reproduce it here:


2020 clearly seems to be the year that critical mass is achieved, making it possible for the 5G wireless business to begin a growth spurt. Limited 5G service started in 2019. 5G has clearly won the all-time hype contest with continuous enthusiastic, over-the-top pandering, and untested declarations that may not be fulfilled. A rollout will take years, of course, but there has been a push by parts vendors, cellular operators, and consumers who want faster downloads of 8K movies and 24/7 cat videos to their iPhones. Here’s just a sampling of what to look for:
Bruce Lancaster of Wilson Electronics indicates that as 5G rolls out in 2020, the current LTE network will stay in place to serve 5G until the more advanced network is available. He believes that its primary use will be the expected voice and data services. The “killer app” for 5G has not emerged. Customer capacity will grow. The low-band spectrum will dominate (e.g., 850 MHz from AT&T and 600 MHz from T-Mobile) initial systems. A major move to mmWave bands will come later. Mr. Lancaster feels that even as 5G comes on line, Wilson’s line of repeaters or range extenders will still be needed to ensure more reliable connections, especially in buildings.

There you have his take.  Is this absolutely likely to be how it turns out this year?  I doubt it's exactly right, but I wouldn't be shocked if he ends up 80% right.  Most of these problems are pretty well known, but the 5G hype is everywhere.

My take is that 5G is going to be a big nothing for most people who buy the shiny, expensive new phones.  8K videos?  I'm going to go out on a limb and guess there's 100 8K videos in existence in the world, and most people will be interested in watching a couple.  If their cat videos or social media loads faster, the novelty will last an hour or two.  If the network is good, 4G LTE can do over the Gigabit/second barrier now, supposedly 5G speeds, but only newer phones with better hardware can do it.  4G LTE just doesn't have the buzz behind it.

But, after all, industry is already laying the groundwork for The Next Big Thing, 6G, to roll out in about 10 years. 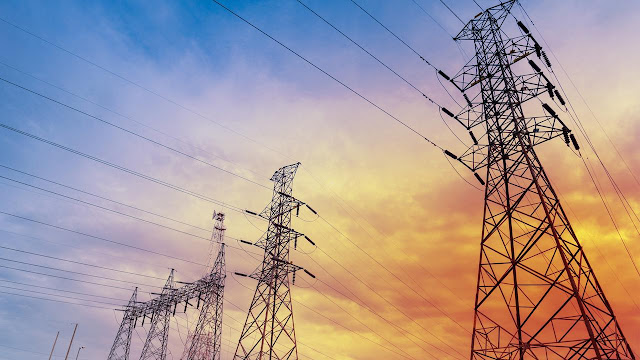 “5G??  Dude, those are power lines!”  Ah... yeah, but if you look closely just left of and below center, you can see what looks like a cell tower.