The Crescent Dunes solar power plant in Tonopah was begun some 10 years ago and financed in part with a $737 million federal loan guarantee.  The state of Nevada added another $119 million, Crescent Dunes was another Concentrated Solar Power facility, like I've written about before, started with the intent to demonstrate ways to drive down the cost of solar power to be competitive with conventional (fossil fuel or nuclear) power generation technologies.

Crescent Dunes has bellied up.

David Boaz at the Cato Institute adds a couple of important numbers.


The plant’s technology was designed to generate enough power night and day to supply a city the size of nearby Sparks, Nev. (population 100,000), but it never came close. Its power cost NV about $135 per megawatt‐​hour, compared with less than $30 per MWh today at a new Nevada photovoltaic solar farm, according to BloombergNEF, which researches fossil fuel alternatives.  [Note: for comparison, costs for electricity will vary around the country, but the utility I have here in east Central Florida gets in the vicinity of $8 to $9 per MWh, less than 30% of the $30 quoted for the new photovoltaic farms]

Say hi to your tax money: 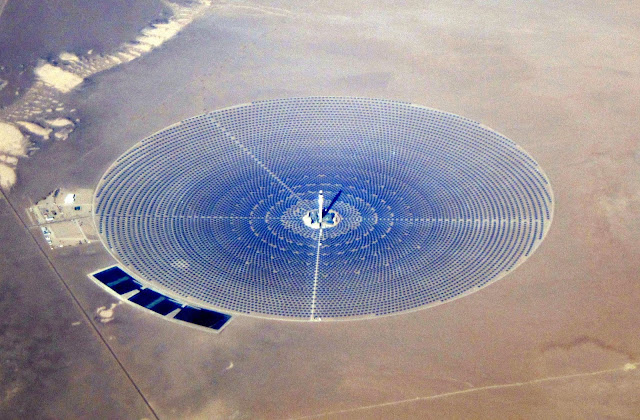 Remind anyone of Solyndra?

This morning, J.Kb at Miguel's Gun Free Zone posted a piece called, “Why Bernie Sanders won and the lesson the Republican party needs to learn from it.”  His point was that Bernie is appealing to people who hear about corruption like this plant or Solyndra and are enraged by it; that Bernie is appealing to people who see “banksters” - that combination word of banker and gangster - getting away with sucking all of the money out of corporations like a mutant mosquito sucking all the blood out of an animal.  Bernie is selling to rage.  The problem is the cure is going to be worse than the disease.

Everything in our world has been structured to set this up for at least the last hundred years.  It's not capitalism that's causing the problem, it's the lack of capitalism.  We have a system in which a bunch of central bankers issue money that’s worthless, backed by nothing but thin air, and manipulate every single aspect of the economy.  If one “too big to fail” bank – or one “vulture capitalist” – is stupid and gets over extended, instead of facing the consequences of their actions, the central bankers create another few billion bucks out of nothing and bail them out. It’s pure central control – that other word for socialism/communism. We have a revolving table of regulators going to work in the industries they just regulated, and people from those industries going to be the regulators. You think that’s a free economy? That’s what you get when government gets bigger.