Today, I Learned About the Great Resignation

I essentially deplore social media and don't hang out on any of it.  (Some consider blogging social media; I don't).  If you happen to hang out on Reddit or TikTok you probably know there's this movement going to encourage millions of people to quit their jobs this coming fall.  It's called “The Great Resignation of 2021,” and the Foundation for Economic Education (FEE) presented a story about it.  Since I don't do social media, this is the first I've heard of it.

Whenever I hear about something getting started on social media, I'm always skeptical about how real it is.  When it comes time to turn in their resignation, how many people are actually going to go through with it?  Is it even a real thing or is it just some "influencers" trying to, well, influence a lot of people?

The article opens with some facts about the economy and situations that you've probably heard, and author Hannah Cox looks at the story in terms of incentives.  Economics can almost be called the study of incentives at its core.  Suffice it to say that the pandemic and the responses to it have created the worst U.S. recession in history, and millions of people are still out of jobs. Yet employers are now complaining about acute labor shortages.  Add in the oft-repeated story that some number of workers are making more with their extended unemployment and other Federal stimulus income and have no desire to go back to work and cut their lifestyle.  These conditions and more have led to the biggest employee's market in memory.

The first quote that shocked me was, "Monster, a global employment website, recently reported 95 percent of employees are considering changing jobs. This is on top of the 4 million people who already followed through and resigned in April."  Following links convinced me that something is really going on here and some percentage of that 95% is actually going to follow up on The Great Resignation.

The reasons that people quote for thinking of changing their lives largely revolve around changes they went through during the pandemic.  Perhaps they're in a place where they commute long distances and they saved an hour or two every day, so now they don't want to go back to long commutes.  Perhaps they spent more time with their families and want to keep that up - just work a 40 hour week and be around for their kids more of the time.  In unprecedented numbers, people seem to be trying to re-balance their quality of life.

Then there's this quote:

According to TikTok user @Katieyowyow, a recruiter with over 300,000 followers on the platform, as many as 1 in 4 employees are planning to leave their job this fall. These employees, she says, intend to spend the summer months using their vacation days and enjoying the benefits of full-time employment before they jump ship and turn in their notice in autumn.

Hmm.  Instead of 95% "considering changing jobs," 25% of employees seems more believable, but even that would wreak havoc on tons of employers.

For the final words, related to the perverse incentives that have led to this situation, I turn the floor over to Hannah Cox of FEE.

Unfortunately, though, trends like “The Great Resignation” are far from being fueled by market incentives and demands alone. Rather, they are the repercussion of bad, big government policies that have severely tampered with the market for the past year.

The federal government has continued to send an increased amount of unemployment benefits to workers, even as the businesses they shut down struggle to open back up. Workers are responding to this perverse incentive in entirely predictable ways, choosing to stay home or work less—often for more pay than they were able to earn in the workforce—for an extended period of time.

Obviously, without the guarantee of a cushy taxpayer-funded unemployment payment, many of these employees would not have the luxury of simply quitting their jobs. They would have to increase their value if they wanted to demand new working arrangements on the market, or build their way into new career paths while still holding down employment in the meantime.

Central planners were warned that these kinds of problems would result from their policies, and yet they persisted anyway. As a result, it is likely we will all continue to see supply shortages and an increase in the price of goods and services. 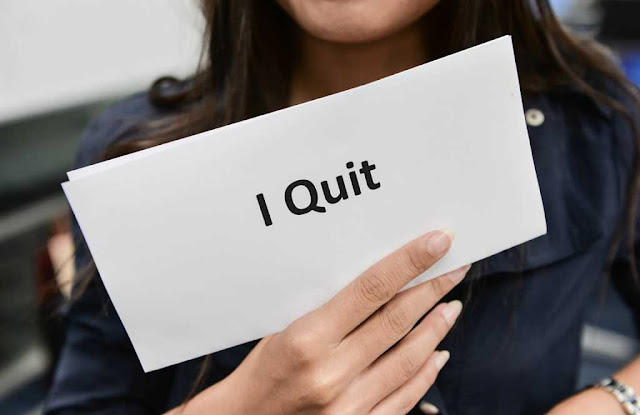