Why Solar Power Isn't Likely to Keep Getting More Common

Over the last few years, the industrial-scale prices on solar panel systems have come down, but solar energy and the so-called renewable energy sources are better thought of as intermittent energy sources.  Nobody can control how much time the sun shines (or the wind blows) and even the biggest photovoltaic installations are subject to weather issues. Because solar power is intermittent and not at the control of plant managers who can turn up the output when it's needed and turn it down when not needed, the power from these sources gets sold into the electricity market at the price when it's available.  The inexorable law of supply and demand says that if it's not needed, prices will plummet.

It has happened already that solar power has gone negative in price; they have to pay the recipient to take it.

This idea comes from a short, very readable post on Watts Up With That called "The lurking threat to solar power's growth."  The main sources are an article in MIT Technology Review and from a "Global Research Center" (Think Tank?) called the Breakthrough Institute.   As usual, I'll put some excerpts here.

A few lonely academics have been warning for years that solar power faces a fundamental challenge that could halt the industry’s breakneck growth. Simply put: the more solar you add to the grid, the less valuable it becomes.

The problem is that solar panels generate lots of electricity in the middle of sunny days, frequently more than what’s required, driving down prices—sometimes even into negative territory.

This is already being felt in California.  Cali has among the world's highest percentages of power that come from solar, and they're feeling the pinch already.

The state’s average solar wholesale prices have fallen 37% relative to the average electricity prices for other sources since 2014, according to the Breakthrough Institute analysis, which will be published on July 14. In other words, utilities are increasingly paying solar plants less than other sources overall, due to their fluctuating generation patterns.

California gets about 19% of its energy from solar.  The next closest states are in the vicinity of 13% (Hawaii and Nevada).  Even at 19%, solar electricity is already being knocked down in price below where it's comfortable, a process known as solar value deflation.

Lower prices may sound great for consumers. But it presents troubling implications for the world’s hopes of rapidly expanding solar capacity and meeting climate goals.

It could become difficult to convince developers and investors to continue building ever more solar plants if they stand to make less money or even lose it. In fact, California construction has already been flat since 2018, the study notes. But the state will need the industry to significantly ramp up development if it hopes to pull off its ambitious clean energy targets.

The rapidly dropping price of solar power has transformed how we think about clean energy. But it needs to still get a whole lot cheaper.

The bottom line on this is that it appears the pace of adding solar power is going to slow down.  Sure, some combination of the current heavy solar subsidies and the rapidly declining cost of solar power can offset the falling value of solar energy.  As long as it gets ever cheaper to build and operate solar power plants, value deflation is less of a problem.

The state’s SB 100 law, passed in 2018, requires all of California’s electricity to come from “renewable and zero-carbon resources” by 2045. By that point, some 60% of the state’s electricity could come from solar, based on a California Energy Commission model.

The Breakthrough study estimates that the value of solar–or the wholesale average price relative to other sources–will fall by 85% at that point, decimating the economics of solar farms, at least as California’s grid exists today. 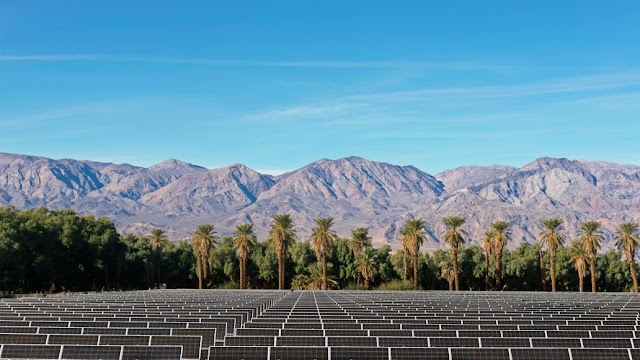 Think of what's going on with solar in California as a sneak preview of what's coming everywhere.