Boeing's Next Starliner Test is Next Friday 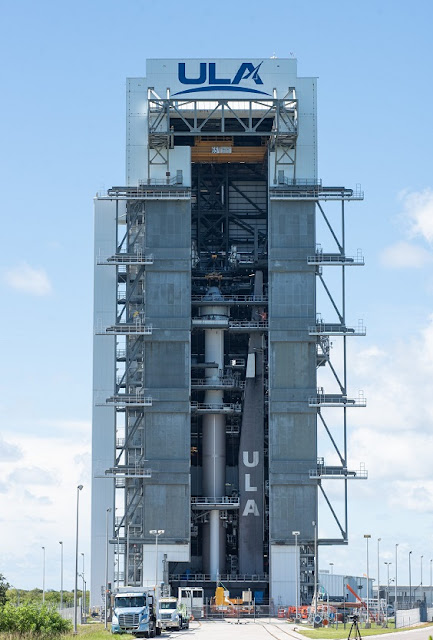 As with the flight in December '19, and SpaceX's equivalent mission nine months earlier in March of  '19, the mission is an end-to-end test flight to certify that their capsule is ready to fly astronauts to the ISS.  The ULA Atlas V will launch Starliner on a mission called Orbital Flight Test 2 (OFT-2) to autonomously rendezvous and dock to the International Space Station and then return about five to 10 days later to land in the western United States.

For newcomers, NASA instituted the Commercial Crew program back in 2010 to eventually downselect to two suppliers who could fly crews to the ISS from the US instead of contracting the Russians to carry out those flights.  SpaceX and Boeing were eventually the two companies chosen to develop the spacecraft, with NASA paying Boeing $4.8 billion for Starliner and SpaceX $3.1 billion for the Crew Dragon spacecraft.

As implied above, it was obvious from a few minutes after launch that the first OFT was not going well.  By the afternoon of the first day (launch was at 6:36 AM) it was known that Starliner would not be able to complete the mission because of a software error that caused the capsule to use too much propellant.  As the months went by, more and more information leaked out that indicated the flight went much worse than they originally let on, and that the mission had such severe, potentially catastrophic software issues that Boeing was very lucky to get the capsule back to land.

“... I have decided to eliminate Boeing from further award consideration.”

The week before, Boeing had said they were going to re-do the mission completely and pay for it themselves.

I wish Boeing well, and will be watching.  They're an old-line company, infected with woke-ism and all that goes with it, but the guys I've known and worked with there were good guys.  On the other hand, if the guys I knew had worked on the first test flight, it would have been successful.