It probably won't surprise any readers that after the troubles (one, two, three) with last December's Starliner capsule mission (unmanned), Boeing has committed to flying another mission to show their manned capsule can work.  The announcement came Monday evening.


"We are committed to the safety of the men and women who design, build and ultimately will fly on the Starliner just as we have on every crewed mission to space," Boeing said in a statement. "We have chosen to refly our Orbital Flight Test to demonstrate the quality of the Starliner system. Flying another uncrewed flight will allow us to complete all flight test objectives and evaluate the performance of the second Starliner vehicle at no cost to the taxpayer."

Readers will remember that the flight only met the lowest level objectives that were set for it.  It never achieved an orbit that would allow the Starliner to dock with the Space Station, and the week long mission was shortened to two days.  In the aftermath, several potentially disastrous software problems were found.  That's when it hit the fan.


...This led NASA's chief of human spaceflight, Doug Loverro, to designate the December flight a "high-visibility close call" in March.

Asked to explain why he did this, Loverro told reporters at the time, "We could have lost a spacecraft twice during this mission." As a result of this, NASA has begun to investigate Boeing's safety culture. The agency also formally opened a process during which its Safety Office will investigate space-agency elements that may have led to the incident—likely focusing on why NASA did not detect the errors in Starliner's flight software.

Boeing says they will pay for this mission in its entirety, for which it budgeted $410 million.  No date has been given for the flight, even a preliminary "No Earlier Than" (NET) estimate.  Sources to Ars Technica say to expect it no earlier than next fall.

That means that SpaceX could potentially fly more than one of their Crew Dragon missions to the ISS before Boeing is able to fly a manned Starliner mission - I expect that would be NET than early 2021.

All of this subject to the additional restrictions and re-scheduling of everything, everywhere due to the virus pandemic. 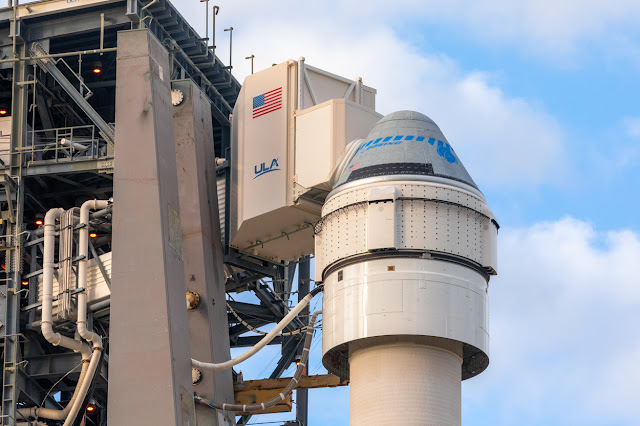