Good News Around Florida And the Southeast US

Apparently the Kung Flu doesn't like heat and humidity.  Or sunlight.  Which means there won't be a virus particle within 300 miles of me by about May 1st.   The entire Southeastern US and Gulf Coast should be free of virus by no later than July 1st.  Yahoo News carries the results from the Department of Homeland Security (of all places):


The study found that the risk of “transmission from surfaces outdoors is lower during daylight” and under higher temperature and humidity conditions. “Sunlight destroys the virus quickly,” reads the briefing.

Of course the DHS went on to say not to take them seriously and not to draw the conclusion I just did.  Do I need a disclaimer saying the same?

Our local forecasts always include a UV index.  Today it was 8 (out of 13) during a period when it was cloudy but not actively raining.  By May 1st, the index often reads, “Fatal within 15 minutes for those not acclimated.”


For local sightseeing, the next SpaceX launch of 60 satellites was originally announced April 16th, delayed to Wednesday afternoon the 22nd, then pushed to Thursday the 23rd, and has now been pulled back to Wednesday again, no earlier than (NET) 3:37 pm (19:37 UTC).  Today's weather brought passing tornadoes to the area, including the Cape.


Launch Update: #SpaceX launch of #Starlink 7 has been moved up a day to Wed Apr 22nd @ 3:37 p.m. EST from pad 39A according to multiple sources. The F9 was inside the hanger today as the tornado moved thru very close to the pad. No damage is reported at this time. # NASA #Space pic.twitter.com/5grF9Lq6WC 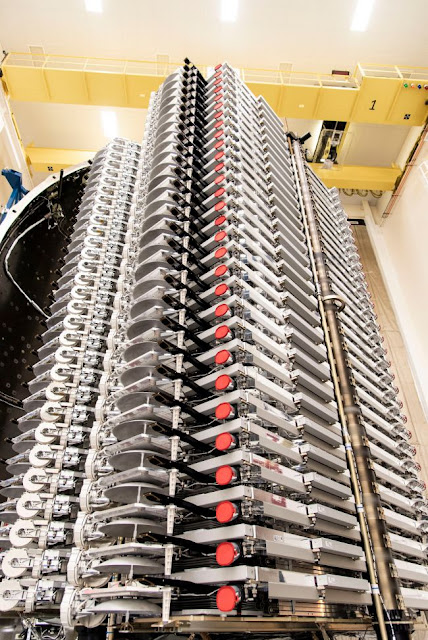