As implied earlier in the week, NASA and SpaceX have officially set the launch date for what's called the Demo-2 mission.  The first manned launch in history to be performed by a private company, and the first launch from US soil since 2011 is now scheduled for May 27.


Liftoff for Demo-2 is set for 4:32 p.m. EDT (2032 GMT) from NASA’s historic launch pad 39A at the agency’s Kennedy Space Center in Florida — the same site that hosted NASA’s storied Apollo and shuttle programs.

Also as mentioned in the Tuesday post, the mission was originally intended to be a short term visit but will be extended to a longer duration mission.  NASA launched a new web page dedicated to the mission, describing it as simply “an extended stay at the space station,” for now. 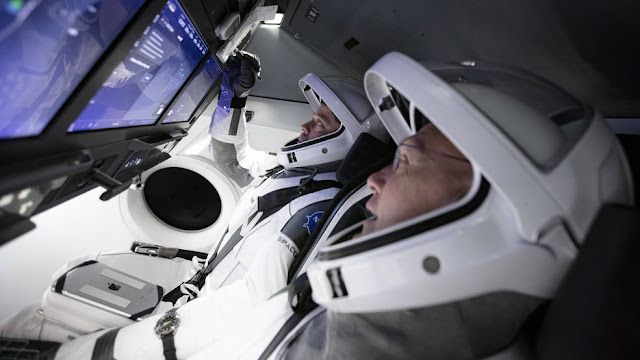 
Behnken and Hurley will join fellow NASA astronaut Chris Cassidy, who launched to the station on April 10. Many of the details are still being ironed out, but we do know that Hurley will be the mission’s commander, and Behnken will serve as joint operations commander. Each will be tasked with specific duties during flight, with Hurley focusing on launch, landing, and recovery. Behnken will handle docking and undocking, as well as any activities while the Dragon is docked with the station.

I've been trying to find a report on the cause of the engine failure on the previous Starlink launch that prompted investigation by NASA and SpaceX.  I can't find anything authoritative, only a remark that it appears to have been a pump on the failed engine having been damaged during the T=0 abort the vehicle went through.  Supposedly, that was informally reported by Musk soon after the mission.