My Turn At The Meme

I've been tapped by Random Acts of Patriotism to answer the Stylish Blogger test: 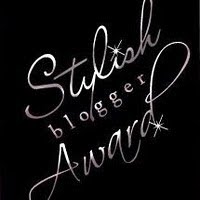 1.  I find this kind of self-reflective stuff really hard.  I almost reflexively ignore myself and most of my humor is self-deprecation.  Wait!  That's one!

2.  I sing along with the car radio and to almost any music I like.

3.  I hate sitcoms.  First off, people are far too rude to each other, and second off, they're based on families with idiot parents and bright, savvy, kids.  It's the Al Gore, "you kids know things your parents don't" crap made flesh.  Sure they do, but it's meaningless crap like who the heck Lady Gaga is, not knowledge that's useful for anything.

4.  That aside, I've been watching the Simpsons since the third season or so.

5.  I worked as a directory assistance operator for the phone company when I was 19 or 20.  I would answer with goofy names.  We were supposed to say, "Directory Assistance" followed by our names.  I'd say, "Major Tom", or "Mr. Buckley" or a name from a sci-fi book.

6.  It doesn't come across well in writing, but I'm very rarely serious.  When someone asks me a question, if I know the person, I'm serious about 10% of the time.  I'm not a "practical joker" and won't do things that physically hurt, but never stop making quips and goofy comments.

7.  Like most of us, I think, I started out fairly liberal, but began to realize those "warm fuzzy" ideas were not simply not working, they were making things worse.  As the saying goes, "he who is 20 and not liberal has no heart; he who is 40 and not conservative has no brain". I went to work for Major South East Defense Contractor (Inc.) thinking military spending was "middle class welfare" and left thinking it was among the few valid government expenses.
Posted by SiGraybeard at 9:55 PM