So That's Why Obama Went to Brazil! 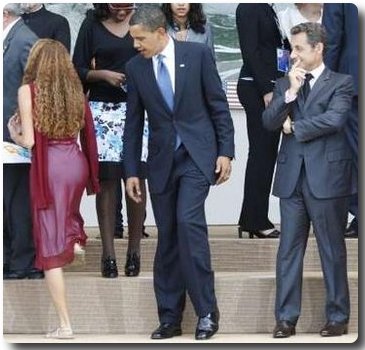 No, not the girl from Ipanema.  And probably not simply to visit Brazil's Marxist guerrilla president.  It was part of a deal to authorize the Brazilan petroleum giant, Petrobras, to

Isn't that special!  We're going to allow a Brazilian oil company to do something we've never allowed Exxon or Shell or other American companies to do.  I suppose it's only right, since under our stimulus program, we authorized a loan to Petrobras for up to $2 billion, (although they apparently only used about a sixth of that). But why a Brazilian company?

While (as far as I understand) we can't stop a foreign company from drilling for oil in the open Gulf of Mexico, since it's international waters, this is not where the Cubans/Chinese plan to drill.  We have no authority there; this is 165 miles from Louisiana.  We are favoring a foreign company to produce and sell oil that an American company could just as easily get.  Every one of this administration's policies I can think of is anti-energy and especially anti-US energy.  This is a good example.  What can you expect from a president who campaigned on wanting to destroy the coal industry and cause energy prices to skyrocket (which would further cripple the US Economy)?

As I said during the BP disaster, I understand the sentiment of not wanting another spill, but saying we're not going to drill anymore is like saying, "I got food poisoning so I'll never eat again".  Ultimately, it's suicidal. Allowing a foreign company to do things Americans are not allowed to do is economic suicide.  But in keeping with the colonialist/socialist views we keep seeing out of this president.
Posted by SiGraybeard at 12:41 PM