There's a disturbing undercurrent of anti-semitism in the Occupy Wall Street protests - spread around the country.  Anti-semitism when talking about bankers is nothing new, it goes back hundreds of years, to a time when banking was one of the few things a Jew was allowed to do in Europe.  If it's true that "history many not repeat itself, but it certainly rhymes", there's a lot of poetry going on in these occupations.  (images from PJ Tatler - which you should read) 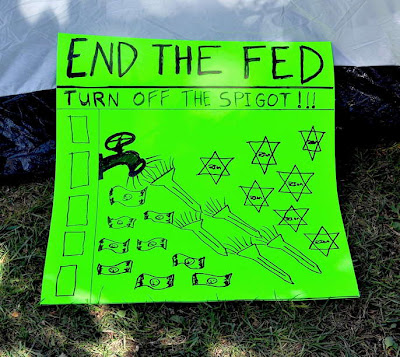 If you've been here before, you'll know I'm totally down with "End the Fed", but it has nothing to do with Israel, Zionism or "the Jooooooos". 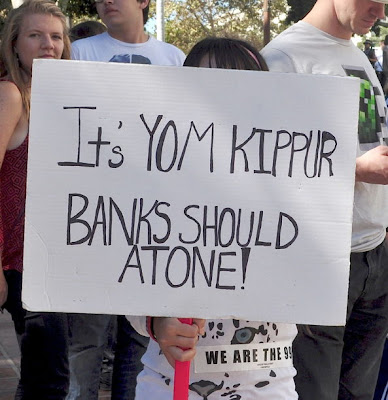 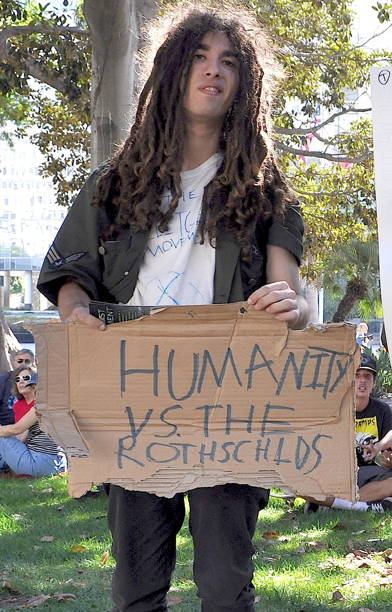 (just between you and me, check your spelling there, skipper) 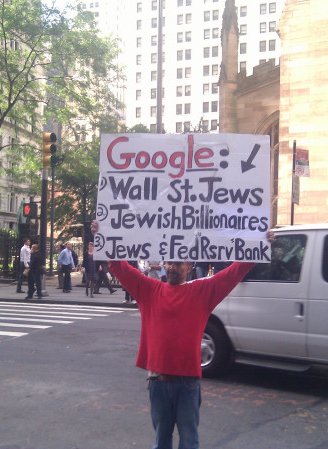 (source) this one is even less subtle.
I've written before that I stand with Israel, and I will.  We appear to be slipping into dark times.  Old hatreds are re-surfacing, compounded by a new envy and sense of entitlement.  The battle lines are being drawn.  Preparations should be rushed to completion.