"This is Was the Week European Democracy Died"

I think everyone is familiar with the line, "So this is how liberty dies.  With thunderous applause." - spoken by Queen Amidala (portrayed by Natalie Portman) in Star Wars III - Revenge of the Sith, as she watched Emperor Palpatine tell a cheering Senate that he had taken all power away from them to form a Galactic Empire.  By all accounts, that line was written as a slam on George W. Bush and the Patriot Act, but it fits the EU situation well. 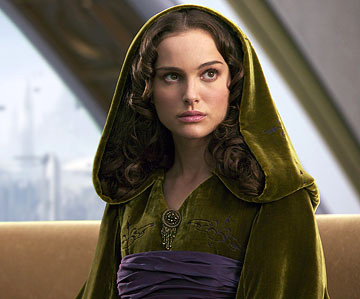 Janet Daley of the Telegraph (UK) writes this was the week that European Democracy died.


Democracy went down in a blaze of glory last week. Both the German Bundestag and our own House of Commons put up one hell of a fight against the dying of the light. Maybe history will record that fact in an elegy on the demise of the great 18th-century experiment in government by the people: they were eloquent to the end. Because at the end, eloquence was all they had.

Her subject is the European's latest financial rescue plan, which destroys the sovereignty of all the nations of Europe.  Quoting Ms. Daley again,


So this is where we are. The agreed EU “stability union” triumphantly paraded before the media in Brussels will have the power to approve or disapprove budgets of countries in the eurozone – that is, to vet and police them – before they are submitted to the elected parliaments of those countries. (emphasis added: GB)

Read that again. No nation is allowed to control its own budget.  Unelected bureaucrats in Brussels will rule on how much tax every one in every Eurozone nation pays: who works, who retires young, and who pays for it.   It's the end of representative government; the end of personal liberty in the EU.

But it's not going to work.  They're not going to rescue Greece, Italy, Portugal, or the rest.  They're not going to save the EU.  They are going to crash and burn.  So says economic writer Liam Halligan in the Telegraph's, "Why the Latest Eurozone Bailout is Destined to Fail Within Weeks".  There was the almost-obligatory rally in the markets at first.  Until the bond buyers and financial analysts got a look at the package:


By late Thursday, though, and certainly on Friday, the warning signs were there. Global bond markets, by character more sober and smarter than the excitable equity guys, were voting against the deal. This is alarming. For it is only by selling more bonds that the eurozone's deeply indebted governments can roll-over their enormous liabilities and keep the show on the road.


Some say Western governments shouldn't "accept" what the market says. "Who do these trading people think they are," I hear from the lips of the educated but financially-illiterate political elite. Let's be clear – if global bond markets stop lending to a number of large Western economies, we are in the realms of unpaid state wages and pensions, transport chaos and closures of schools and hospitals – sparking the prospect of serious civil unrest. Forgive my intemperate tone, but these are the dangers we face. And I'm afraid the only rational response to Thursday's announcement is that the probability of such undesirable outcomes has just been increased. (emphasis added, again)


"It will bring relief partly because the markets were so obsessed by the lack of leadership. The mere fact that something was achieved was a major relief and it will be good for any time from one day to three months."

(Say... does this remind anyone of how Dr. Evil crashed the British pound and other currencies: by shorting them and then saying he's lost faith in them?  Could it be...?)  In other words, the Telegraph economics writer thinks it will collapse within a couple of weeks, and Soros says "one day to three months".  What needs to happen is an orderly default of Greece and the rest of the PIIGS; have them leave the EU, let the banks declare their losses and get over it, let everyone take their lumps and get on with recovery.

In other words, we're freakin' doomed.

Posted by SiGraybeard at 7:07 PM