This seems to be getting very little coverage for such A Bad Thing, but sales of Greek sovereign debt - 1 Year bonds in this case - were halted when yields exceeded 1100% yesterday.  This means all that "we fixed it" talk about Greece isn't selling.  Which means the date for a complete collapse in Greece has moved to "sooner rather than later".  Which means the whole world could come down very fast.

Bayou Renaissance Man, who's doing great coverage of the big, big story of the developing collapse, wrote today that the Next two weeks are going to be interesting...


All this comes to a head during the next two weeks, folks: first on March 8th, which is Greece's deadline to finalize investor participation in the bailout deal, then on March 20th, which is when Greece must make a multi-billion-Euro debt payment. If the bailout deal falls through, and if Greece defaults on that payment . . . things are going to get very interesting, very quickly.

This could be the big one.  The game of kicking the can down the road just doesn't seem to have much life left in it.  The cure is getting to be as bad as the disease.


When one abuses the laws and principles of mathematics and capitalism, claiming to be a faithful servant, consequence and accountability eventually catch up. The breaking point inexorably nears. Citizens are beginning to think, voice, and act: “We can do without the false idols that call themselves banks. In fact, we need them to be dissolved for us to survive and thrive.”

Reality is the revenge of the gods.

Not just about fairness: Everything unwinds

This is not just about fairness anymore; it is about the exposure of central, global illusions that affect everyone, not just banks. For the last three plus decades, debt-fueled “growth” has instilled a life sense that everyone gets rich, values always go up, and no one has to pay. If those illusions evaporate than those citizens complicit in this failed fantasy may actually join forces with the realists (those who knew it was a scam all along) to produce unified citizen revolt. Hell hath no fury like the people spurned and lied to, even if many had some responsibility in welcoming and fanning those lies.

The lies have to come to an end.  Infinity is a very useful concept in mathematics, but doesn't exist in the real world.  Infinite growth is impossible.  The most familiar system that tries infinite growth is cancer.  Works for a while, until its support system collapses and it kills the host. 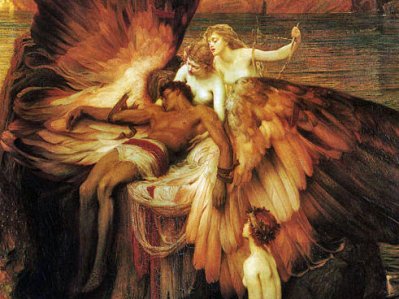