Tyler at Zerohedge writes "Greece Has Defaulted: Here is Where We Stand"  Short answer: the Euro-weenies believe they've headed off financial Armageddon for three years - although Portugal will default in few months and maybe Spain.  But that's all!  Not Italy! And - for sure - not France!!

It's not like they didn't announce a dozenty-nine times that this would never happen; it's fixed.  We swear.  Look! Over there! Shiny!!

I don't think I've done a mini-review of a book on this blog before, and like 99% of you, I hated book reports in school.   I've never been a real fan boy of his, but I have read "Rich Dad, Poor Dad", and a book on silver and gold that someone else wrote for him.  What clued me that this book even existed was his appearance on GBTV, and I decided to pick up the book.  I have to say he pulled together a lot disparate facts I knew - like pulling pieces of a jigsaw puzzle from all over the table to make a recognizable picture.

For those who don't know him, he's a multi-millionaire mostly from real estate; in this last decade he has made more money than.. he didn't really say, but he does say the "lost decade" of '00s was his best decade.  The Unfair Advantage that he writes about is financial education, and he says that's the reason he was able to make this last decade work so well for him.

I think my favorite quote in the book goes something like this (in the form of a question to him, that he gets while out lecturing/teaching):
What Kiyosaki really clarified to me was just how much the world flipped when Nixon took us off the gold standard for good.  In the money-is-debt world, saving for retirement is stupid because the government is going to destroy savings.  Learning a trade, even being a professional (MD, etc.) just sets you up to be a blood (money) donor to the government.  It really is completely topsy-turvy to the way we think the world should be.  If saving is stupid, what should you do?  Read the book.

In the closing days of last year, I pondered about whether or not the US could return to a gold standard and he made me aware of layers of complications I had not considered.  Still, it really needs to be considered because the alternative just isn't working.  A world with no monetary standards doesn't seem to be unconditionally stable, and we sure seem to be heading toward a worldwide economic collapse.

3 - In General, If a Government Committee Recommends Something, Do The Opposite

A story getting a fair amount of attention is that heart surgeon Dr. Dwight Lundell has written a very important piece arguing that the diets many of us have been eating at the urging of (originally) the fed.gov is killing us.  Specifically, when they decided saturated fat was Evil Incarnate and we should replace it with omega-6 oils and lowfat diets, they told us exactly the wrong things. Butter isn't the problem: polyunsaturated oils are.

Did you know that those recommendations originally didn't come from a "blue ribbon committee" of scientists, but from congressional aides to Senator George McGovern?  (talking about the late '60s/early '70s)


And while the data on fat and health remained ambiguous and the scientific community polarized, the deadlock was broken not by any new science, but by politicians. It was Senator George McGovern's bipartisan, nonlegislative Select Committee on Nutrition and Human Needs--and, to be precise, a handful of McGovern's staff members--that almost single-handedly changed nutritional policy in this country and initiated the process of turning the dietary fat hypothesis into dogma.

The process of coming up with recommended "food pyramid" or "my plate" or whatever they're calling it, is a political process filled with big agribusiness interests working hard (and presumably paying a lot) for those recommendations to eat "healthy whole grains" or to eat "five servings a day".   A $5 box of breakfast cereal probably has about 95%  its cost in the cardboard and a few cents in the cereal. They have a lot of incentive to pressure the fed.gov to get their product named as the healthy thing to eat. 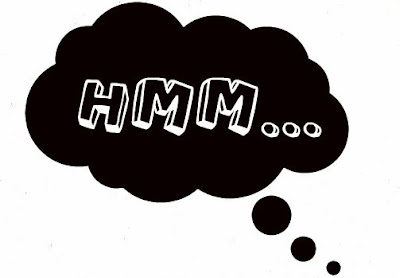 Labels: big freakin' out of control government, economics, Me