It's no secret that I don't believe in big government, which means that I'm not a fan of the president.  It's also no secret that I think one of the biggest problems we have is the over-regulation caused by the always-expanding Code of Federal Regulations.  I see, by the way, that in the last 90 days, Regulations.gov is up to the biggest number of regulations in 90 days I've ever seen, 6417. 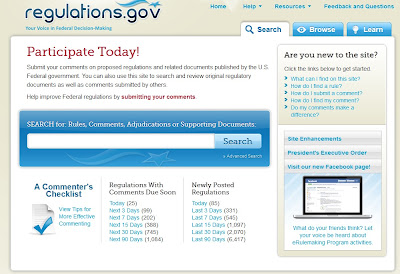 They've been running about 6000/90 days.  Maybe they are trying to get a bunch more regulations put in place in case they get a new boss who sends them home.

But the thing that genuinely creeps me out about the president is the cult of personality that sprung up around him.  It was there before he was elected and hasn't eased up.  I mean, there were the school kids singing his name with alternating with "umm, umm, umm", there were kids who looked almost paramilitary, there were all the hopey changey ads, the pictures with lights behind him to give a halo effect - you've seen it all.  There have been several degreed psychologists and other doctors saying they see enough evidence of narcissism to make a diagnosis.

But the cult of personality stuff like yesterday's "Pledge Allegiance to Obama" is just going too far.  That's the fans, the rank and file Democrats, not just the Dear Leaders themselves.  Miquel down at Gun Free Zone has quite the compilation of things to look at.  Go read.  Did you know there's a Little Blue Book of Obama quotations?  I mean, considering the strong Maoists in his administration, it's not surprising they'd emulate Mao's famous Little Red Book.  Just because Mao's book was so widely used during the cultural revolution where Mao's people killed around 20 million of their fellow countrymen is no reason to think a Little Blue Book might be used here, is there?  There's no reason to think they might seriously think of killing millions of Americans, right?  I mean besides Bill Ayre's friends saying they wanted to.

Labels: big freakin' out of control government, commies and other idiots, politics