"The answer is, ' QE3 and the current depression ends in this' ".

H/T to Bayou Renaissance Man for the tip to John Mauldin's "Outside the Box" newsletter (PDF).  In it, Mr. Mauldin argues that we are going to face a deflationary collapse.  In it, he quotes Harry Dent (video ad) saying we are going to die of deflation and the Fed won't be able to control it.


Most of you reading this expect inflation in the years ahead, right? Well, I don't.  In fact, I am firmly in the deflation camp.

We got deflation in prices ... every time.

This time around, with the latest bubble peaking in 2007/08, the outcome will be exactly the same. There is deflation ahead. Expect it.  Prepare for it.

It shouldn't be a surprise that the collapse of a bubble is deflationary.  The image of collapsing a bubble itself brings deflation to mind.  Dent goes on to claim that the deflation is the result of things we've talked about here: the cycles of spending at different times in life, and the retiring baby boomers.  He says the private sector is getting out of debt as fast as it can, and there's more private debt than public.  And he thinks deflation will happen no matter what the central banks can do.  He specifically argues that these generational patterns are what killed the housing market and are what are keeping it from recovering. 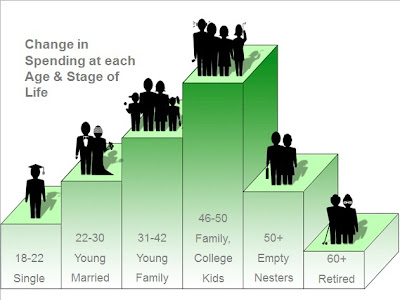 Basically, his deflationary argument is Bernanke's and the central bankers'.  They feel the only way to prevent the deflationary collapse is to inflate our way out of it.  Create so much money that they can restore the housing prices through price inflation.  They don't count/don't care that they'll raise the prices of food, energy and everything else.  They don't count/don't care about the horrible toll it will take on savers.

So the question is simply whether an unlimited amount of monetary creation can prevent the deflation.  It really is an unlimited supply of currency they can create.  They don't have to buy ink and paper, they just need to add decimal places in a microprocessor that can support very, very big numbers.   I can imagine pretty big numbers.  Those numbers won't change the value of things, but the prices can be manipulated pretty much at will.

While his arguments are interesting, and I have to agree with much of what he says, I think the only thing we completely agree on is that the central banks can't save the economy or prevent the coming global economic collapse.