Gun Salesman of the Year

As with most industries, it's best to look at year over year instead of quarter to quarter, but they're done pretty well there, too.  Aside from the slowdown in 2010, it has been pretty steadily upward for the team at S&W. 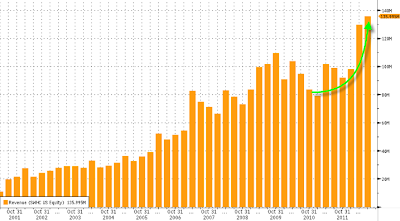 Graph from Zerohedge, who also notes:


Well one comment: when the final bubble does pop (and here we make the wild assumption that no intelligent extraterrestrial life will be found to bail out the central banks in time), at least everyone will be locked and loaded.

(I swear I've used almost those same words about extraterrestrials, although I may have edited them out).


And some highlights from the just released investor presentation:


A 263% change in order backlog!   No wonder they're working extra shifts and adding people. 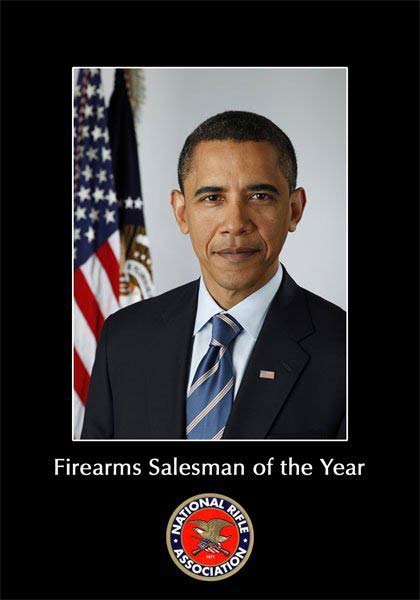 I'm sure you've seen this before...

Smith & Wesson is worth following because as one of the only firearms companies that's publicly traded, it gives us an indication of how the industry is doing. I hope to see Ruger's results soon.