If you listen to Glenn Beck but don't subscribe to the TV channel or radio program, you have heard a lot about The Project, a documentary which will be broadcast in two parts, tonight and tomorrow.  The shows have been promoted as only Beck can; almost wall to wall on the radio and TV.  The previous link is to a page on the documentary.  It contains this summary:


In 2001, an inconspicuous manifesto now known as "The Project" was recovered during a raid in Switzerland: A manifesto that turned out to be a Muslim roadmap for infiltrating and defeating the West. Today, files containing evidence from the largest terror financing trial in U.S. history, which include details about "The Project", are being withheld by the Department of Justice.

In an explosive two-part mini-series, TheBlaze documentary unit investigates how the Muslim Brotherhood has infiltrated the American government and exposes how our nation's safety is in jeopardy as a result of this dangerous government cover up.

Beck's channel, now called The Blaze and no longer GBTV, is on Dish network and I believe it's free for folks with one of their packages (I don't subscribe to  Dish Network - don't take my word).  It's also available online with a couple of different rates.  Beck says "start a two week free trial and then cancel it; I don't care".

It's a topic I don't talk about much, but there really is a threat from Islam.  If you read Sultan Knish, Gates of Vienna, Atlas Shrugs, or dozens other sites, you get way more information than I've ever touched on.  But I think I'm going to watch that online tonight (don't me started on Roku boxes...) 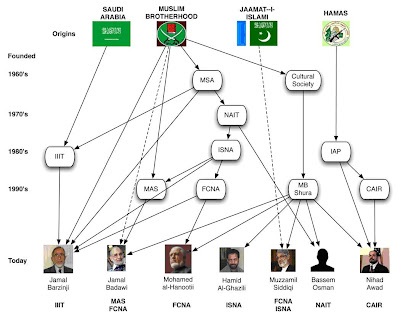