Well, I'm not sure there could be a complete list since it's always growing. 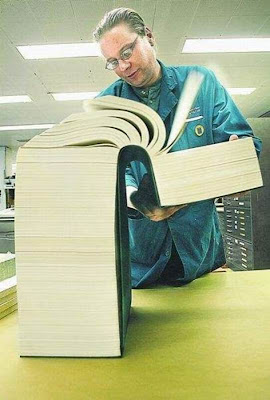 H/T to Michelle Malkin for digging into "The Condensed Liberal Handbook of Racist Code Words".  In the continuing effort of folks like Chris Matthews of MSNBC to label every word, or every thought a normal person might have as racist, we've heard this week that the following words are racist: Chicago, golf, angry, professor (srsly?) and others, while the US State department chimes in with attributing racism to the phrases like "holding down the fort", "rules of thumb", and so on.  (If you think I'm kidding, read the State magazine (pdf) column on page 8.).  Michelle's column is great and short.  RTWT.

While the State department column may aimed at telling employees things like the old "don't make the 'OK' gesture with your thumb and forefinger in Brazil" sort of warning, the others are pure applications of my analogy of Godwin's Law.  The idea behind calling you racist is that the charge is so severe that you need to spend your time talking about how you're not a racist, not what you want to say.  Ideally, you won't be allowed to say a single word.  If enough people laugh in their face and say, "are you on crack or something?" and then get back to their message, it might make the nonsense stop.