Miguel over at Gun Free Zone posts the sobering story of an Arizona man who was dragged through the legal system after being involved in a "disparity of force" situation (two women and a man punching him) where he drew his weapon and fired.

I'll echo Miguel and say that if you've been involved in self defense training, you've probably heard of James Yeager who operates a training company out of Tennessee.  I know I've watched some of his many YouTube videos demonstrating his tactics and he is known for doing things many consider unsafe, or just plain over the top.  For example, he will crouch between targets on his shooting range taking photographs of the students while they're shooting.  I'm sure he'd argue that if he's in any real danger, they don't deserve to be carrying, but the fact remains that they're students and not trained operators. His latest antic is to issue a challenge to pay for airfare to his training center to duel or fight anyone that says negative things about him.

Miguel's point is that there is much more to learn about carrying a firearm than "just the bang bang part", and that your choice of instructor may have a major impact on the aftermath of a defensive shooting incident.  The bang bang part is relatively easy to teach; the parts about just when you're justified are definitely more subtle and less well-defined.  The vast majority of us will never face a bunch of AK-wielding Jihadis shouting "Allahu Akbar", but far more of us will face the prospect of being robbed at gunpoint or even carjacked.  It's not always completely clear what you do in the face of the robber.  Sure they're pointing a gun at you, but assume if you're out in public, it quickly turns into a one-way trip deep into the legal system.

To quote from the pdf that Miguel posts, Hickey is the defendant, and Nicolini is the prosecutor who tried to convict him based on taking classes from and teaching for Yeager :


Initially, Nicolini grilled Hickey about the concepts and principles Yeager taught him, using notes and handouts from classes, and later he went over the same material with the instructor himself, discussing avoidance, de-escalation, gunfight tactics and many of Yeager’s similes, acronyms and catchy phrases – tools that the instructor used to help students remember important principles.

Alarmingly, out of context advice from instructors to “always cheat; always win,” and the axiom that one should treat every one else in a polite manner while simultaneously having a plan to kill them painted an inaccurate picture about Hickey’s outlook on life. Nicolini harvested these quotes from the training notes and handouts, and made much hay with them, especially during his closing arguments in which he described Hickey in highly inflammatory terms.

Almost all of us have used those sayings, either seriously or as a joke. The prosecutor used them to try to construct an image of Hickey as a lunatic who just wanted to kill someone.  He even tried to sell the jury that anyone who would carry a gun in anticipation of needing it was "out of whack with society".  Hickey wasn't on trial: you and I and anyone else who carries was on trial. 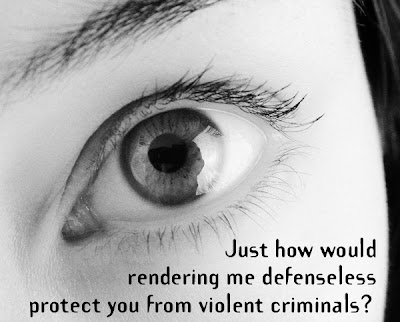 Posted by SiGraybeard at 1:32 PM