A couple of items leftover from the weekend.  First off, this little gem: 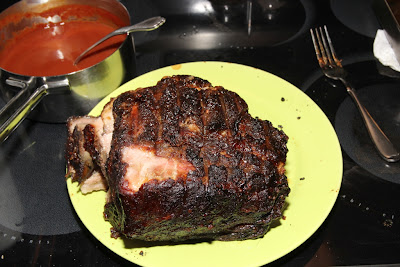 That's about an eight pound pork butt just out of the smoker, the first experiment with a new toy, picked up last week on a pretty good sale at Cabela's.  I wasn't sure that you could get that good of a "bark" on the roast (as the barbecue wizards call it) with an electric smoker.  I have gotten one with a wood fired smoker, but the type I have sucks an enormous amount of fuel and requires much more attention.

After 10 hours in the smoker, the internal temperature wasn't perfect, but it started to rain, and this being an electric smoker, the cooking was pronounced Done.  The bone pulled right out by hand, just grabbing and pulling a little - that's always a good sign.  It pulled apart easily with a pair of forks yielding many pounds of pulled pork (didn't weigh it), so the temperature isn't all-important.  We also had a couple of turkey thighs in the smoker, which came out an hour earlier and were dinner.  At upper left, a sauce pan of low carb barbecue sauce from Blood Sugar 101.  Lunch today, dinner tonight and lots of leftovers.

Another leftover is this excellent piece by Mark Steyn, "America Not Paying Its Fair Share".  Not nearly as tasty, but worth the read as Steyn always is.  H/T to Western Rifle Shooters Association.

The final leftover:  did you see Obama's "compromise" position?

The proposal, loaded with Democratic priorities and short on detailed spending cuts, met strong Republican resistance. In exchange for locking in the $1.6 trillion in added revenues, President Obama embraced the goal of finding $400 billion in savings from Medicare and other social programs to be worked out next year, with no guarantees.

Even NPR thought this was a funny bit - Cokie Roberts explaining "well, it's a starting position".  They don't expect to get this.  It's like asking for a million dollars on a $50,000 car - show 'em you're a tough (if not clinically insane) negotiator.  To borrow a line from AJC Editorialist Kyle Wingfield:


What would be a GOP equivalent to this kind of unserious nonsense? Reason’s Peter Suderman took a pretty good stab at it on Twitter: 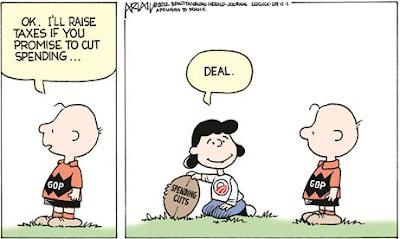 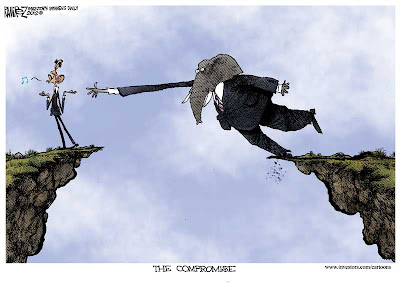 So tell me:  where else do you get a smoked Boston butt and a talking DC butthole in the same post?