Zendo Deb over at 357 Magnum puts together an interesting posting on the role of psychiatric drugs in episodes of violence: suicide, homicide, murder/suicides and mass killings.  She offers it without much comment, but it's about 15 minutes worth of video to watch, and it is thought provoking. This (elsewhere) has been offered as a possible explanation for the Newtown shootings.

The other thing specified by name has been violent video games, and Erin over at Lurking Rhythmically talks about that.  Erin is more direct, and as far as I know, the studies that have been done categorically reject the idea that violent games lead to violence.

First, let me categorically reject the idiotic "if saves one life..." argument out of hand.  What follows will be a little pondering, an open-page rambling.  I hope it's a little interesting to you.

In the "after action" analyses of these events, it gets hard to say anything analytically because as horrific as these things are, they're also horrifically rare.  I've heard, but can't confirm, that every school shooter we know of was on a psychotropic drug.  If someone is on such a drug, it gets hard to statistically “tease out” cause and effect. You need big samples and rigorous controls. You can’t data mine old studies. You can't say that any particular person killed themselves because they were on the drug without knowing more than you have available.  Put another way, maybe if they weren’t on Zoloft or whatever, maybe they would have killed themselves sooner. People on antidepressants kill themselves, but depressed people kill themselves: which is the cause? Did they kill themselves because they were taking the drug, or because the dosage was wrong, or because it didn't work in their body?  What if the drugs just mask another, bigger, underlying problem?

The problem with my argument is that you’d need many thousands of school shooters to conclude that the drugs cause their behavior to the kind of certainty that would be demanded, which (of course) is unacceptable.

One obvious problem is that when drugs are tested for efficacy, they're tested in isolation: that's the essence of a controlled trial.  No attempt is made to see if interactions between the drugs with other drugs or other factors change results, because the tests become so complex and expensive that they simply can't be done. (This problem - of interactions between combinations of drugs - is pervasive in medicine).

The problem that is never discussed, and here I put on my “olde farte” hat, is that these drugs – even if they were perfect – may be keeping kids from developing what we old timers call “character”. While I fully understand there are real brain chemistry issues that may require medication, these drugs seem to be massively over used. I read once they’re prescribed up to 20 times more in the US than in other countries. Trouble paying attention? Take this! Depressed because that boy or girl rejected you? Take this! Not “suck it up, it builds character”. Afraid of embarrassing yourself in band? Take this pill! Not practice harder, or work harder, or just plain “everybody gets that”. It’s one reason I oppose marijuana for kids. I’ve seen too many 40-something stoners living in mom’s spare room.  Adults who never developed “character” as a child.  Some times it takes hard determination to get through the day.  That's reality.

Both of these have been offered up as alternative hypotheses to explain spree shooters.  It's an attempt to keep shooters from being created.  There is no doubt that no matter what the cause, the way to stop a bad guy with a gun is for a good guy with a gun to be there.

The truth here is that we may never be able to know with certainty, on a scientific basis, if either of these is a cause.  I can imagine there might be a sub-population of people, maybe just one in over a hundred thousand, who could be influenced by a bad rap video, a movie, or, yes, a game combined with the influence of a psychotropic drug.  I couldn't prove that wild-assed guess with a billion dollars worth of studies. 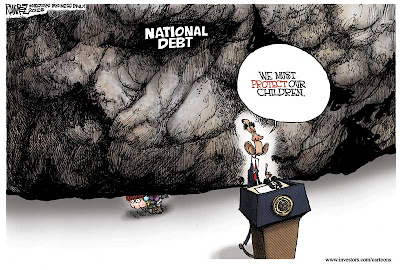 One in a million kids will face a shooter.  All of them will face this.

Posted by SiGraybeard at 4:01 PM