I like to be a content provider, but I'm researching an angle on this administration corruption story that's proving tough to get facts on, so tonight I bow to Sean Linnane on NSA Warrantless Surveillance


When they want to implement the coup, first we’ll lose satellites - the Global Positioning Satellite constellation has the capability to be encrypted at the touch of a button. Only the government and military will have commo. Second we will lose electricity. Easy enough to do; the national grid is computer/satellite controlled. The masses will be in the dark literally and figuratively. Riots will ensue and effective resistance to Government control measures will be mitigated. The Powers That Be, all they have to do is sit back and wait, the populace will take itself down; after a period of time the Department of Homeland Security - think TSA, think ATF; think New Orleans after Katrina, think Waco - can walk into areas, restore order, eliminate any rebel opposition and turn the lights back on.

Big is picture right, but of the 2/3 of a million hams in America, I guess fully half of them are prepared for grid down communications, so strike that part about only the .mil has comms.  No way to guess how many of that 300,000 are prepared for long term, real off-grid living, but hams pride themselves on being ready when everything else is down.  It won't be a bloodless coup. 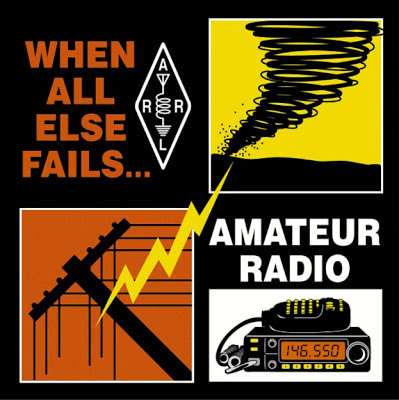