I've been meaning to post on this for a while, but never quite got to it.  The National Institute of Standards and Technology (some will know them as the National Bureau of Standards) has announced a new atomic clock for precise measurement of time and frequency.  The clock offers a total uncertainty and instability of one part in 10^18.  (Google's HTML doesn't give me superscripts but that's one part in 1,000,000,000,000,000,000 - a number which is even huge compared to the Federal Deficit).


Described in a new paper in Nature,* the JILA strontium lattice clock is about 50 percent more precise than the record holder of the past few years, NIST’s quantum logic clock.** Precision refers to how closely the clock approaches the true resonant frequency at which its reference atoms oscillate between two electronic energy levels. The new strontium clock is so precise it would neither gain nor lose one second in about 5 billion years, if it could operate that long.

The strontium clock is the first to hold world records for both precision and stability since the 1990s, when cesium fountain atomic clocks were introduced.  One second in 5 billion years - basically the life of the Earth - is a vivid visualization of how accurate it is, but clocks capable of accuracies approaching that have been in development for over half a century, and the ones right at your hands may surprise you with their accuracy.

Chances are you're in front of a computer with a time base that's accurate to "several" parts in a million (the simple quartz oscillators they use are typically good to 40 or 50 parts per million - ppm).  For commercial radios, we often use oscillators in the range of 1/2 ppm down to .01 ppm. Oscillators accurate within 0.5 ppm are widely available and reasonably priced - Digikey has some parts off the shelf for under $12.  There are 31.5 million seconds in a year, so those 0.5 ppm oscillators are within 16 seconds per year.  Pretty much any level of accuracy you want up to that "one second in about 5 billion years" is available if you're willing to pay the price.

Time keeping and frequency measurement are the only areas where relativistic effects such as time dilation show up in everyday life - if your everyday life includes a GPS.  General relativity says that clocks run faster as their velocity and elevation increases, causing GPS satellite times to be in error by 38.5 millionths of a second per day.   In a few days, that starts mapping you unacceptably far from where you really are.

This relativistic effect is responsible for another fun piece of trivia: your head ages faster than your feet.  It takes clocks accurate to one part in 10^17 to measure it, but when one of the super accurate atomic clocks at NIST was raised 33 cm higher (about 13") than its twin, the higher one ran faster than than the other, just as predicted.  Since our heads are higher than our feet for most of the time, our head ages faster.  Over an average lifetime, an average sized person's head will be 500 microseconds older than their feet over the course of their life. 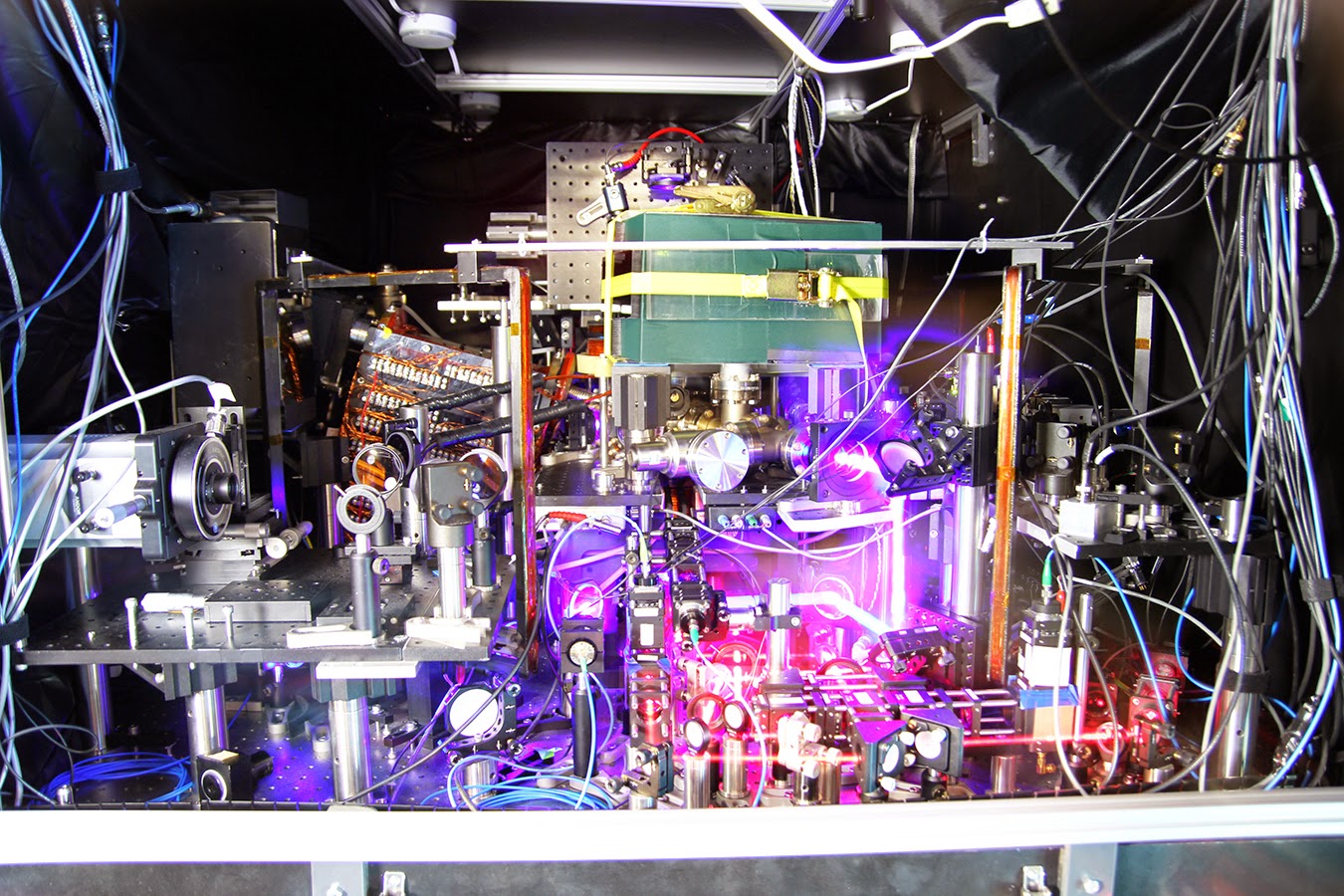